Antidepressants taken during the first three months of pregnancy don’t appear to increase the risk of heart defects in babies, new research suggests.

A million women who had given birth were included in this study. They were all on Medicaid without supplementary private insurance. All of the women were between 12 to 55 years of age. Women were excluded if they had been treated with drugs that have been associated with birth defects (such as chemotherapy, lithium, retinoids and thalidomide) or if their infants had been diagnosed with a genetic abnormality. 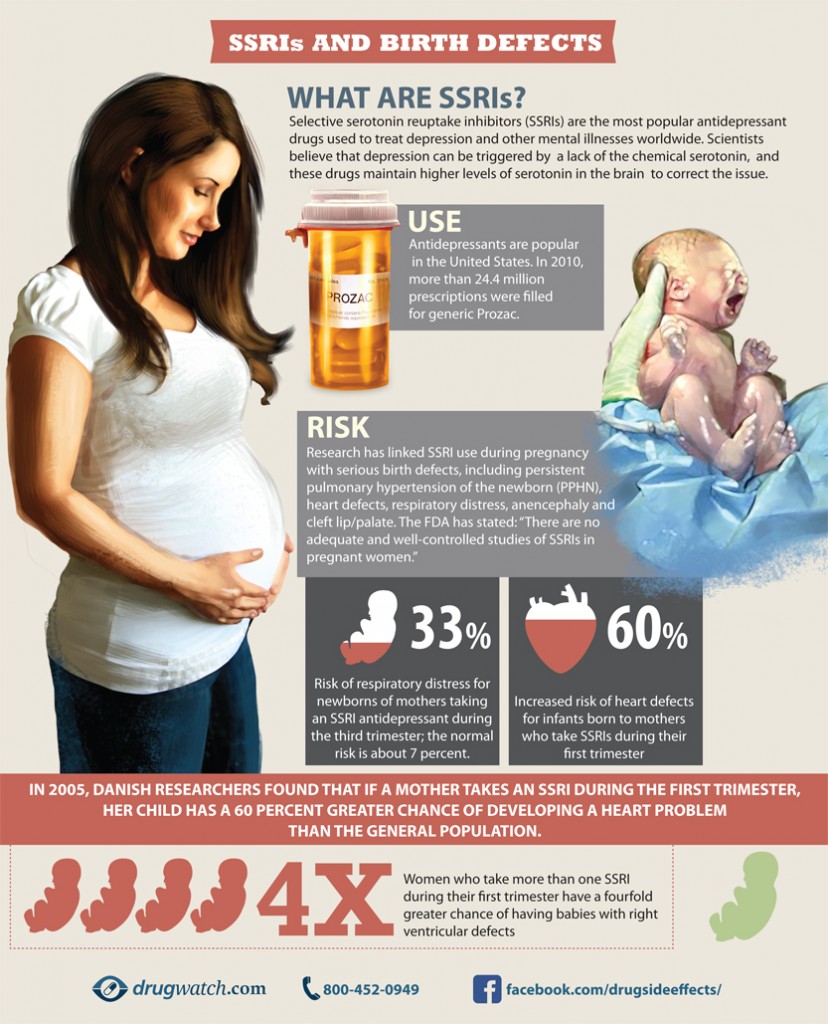 That should reassure the 8% to 13% of women who take antidepressants while expecting. Concerns about the risks of the drugs, primarily selective serotonin reuptake inhibitors (SSRIs), on the developing fetus prompted the Food and Drug Administration in 2005 to add warnings about the risk of heart defects in babies born to moms taking antidepressants. According to the U.S. Centers for Disease Control and Prevention (CDC), many women suffer from depression during and even after pregnancy. A national survey revealed that 11 percent of pregnant women experienced major depression in 2012.

While studies have shown up to a three-fold increase risk in some congenital heart abnormalities associated with antidepressants, doctors couldn’t be entirely sure the higher risk wasn’t due purely to chance.

However, this latest study contradicts previous research that found that taking antidepressants in pregnancy can be risky. The question is an important one because depression is common in pregnancy. It’s diagnosed in 10 percent to 20 percent of pregnant women and up to 13 percent of women take antidepressants while pregnant, according to the researchers.

Nevertheless, at least one expert has argued that it contained serious flaws.

“This isn’t rocket science. We know that exposing developing babies to synthetic chemicals is almost always a really bad idea and should be avoided whenever possible,” said Dr. Adam Urato, a maternal-fetal medicine specialist at Tufts Medical Center in Boston to Healthday News. “This study does nothing to alter that common sense conclusion.”

Details of the study were published in the June 19 issue of the New England Journal of Medicine.