You are here: Home / Uncategorized / Man Tries to Steal a Maserati Gran Turismo After Test Drive 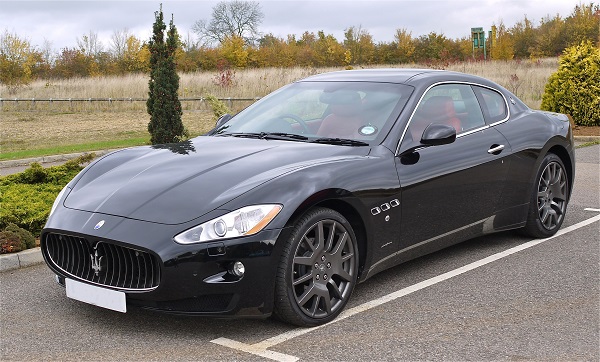 Man tried to steal a Maserati Gran Turismo during a test drive.

Every once in a while, some criminals come with what they think to be an incredible idea and way to commit crimes, get away with it and get rich fast. However, most of the times it fails quite remarkably, and fortunately, the latest such criminal endeavor did end up in failure.

A man from Florida decided to test drive a $150,000 Maserati Gran Turismo from a local dealership when he had the brilliant idea to steal the vehicle right in the middle of the test drive. Fortunately, he was easily caught as he was only able to drive for two more miles.

The culprit in question was identified as Michael McGilvary, a 45-years old resident of Boca Raton. The entire would-be criminal endeavor took place on February 21st.

According to the local police report, the culprit went to the Fort Lauderdale showroom, where the employees allowed him to test drive the Maserati Gran Turismo after he left his driver’s license at the showroom.

As is standard procedure with test drives, he was accompanied by one of the sales staff of the dealership. Apparently, McGilvary managed to somehow fool the dealership employee by stating that he will drive to the Boca Raton Resort and Club, claiming that’s where his girlfriend was staying. Furthermore, he actually convinced the salesman to leave the car in order to check out a boat, which McGilvary claimed to belong to his father.

After the boat was nowhere to be found, the suspect excused himself stating that he will go and get his girlfriend to clear the situation. However, after 30 minutes of waiting, the showroom employee suspect that he may have just driven off with the vehicle.

The alleged perpetrator was quickly arrested by the local police. However, currently, he did not acknowledge the theft or the fact that he even stepped foot into the showroom, with no mention on whether the Maserati Gran Turismo has been recovered.

While any car enthusiast cannot blame McGilvary for being tempted to steal the exquisite Maserati, his execution of the theft was not thoroughly thought out. It remains to be seen whether or not there is enough evidence of a crime to convict.