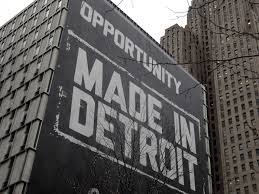 A final settlement has been reached in the case concerning the Detroit municipal bankruptcy case, after claims that could have influenced the city’s exit from bankruptcy protection.

According to the court filing on Monday, a comprehensive settlement had been reached that would have the bond insurer end its objection to the debt-cutting plan proposed by the city. Lawyers from Syncora Holdings Ltd. had included this new information in the court filing.

Detroit filed for bankruptcy in the summer of 2013 after it had reached over $18 billion in long-term obligations.

Syncora’s lawyers also criticized the mediators involved in the case, as they had allegedly behaved more as advocates for the city’s interests rather than objective and impartial facilitators. Steve Rhodes, Federal bankruptcy judge, considered sanctions against those lawyers incriminated.

However, on Monday, Syncora’s attorneys reconsidered their previous position and stated that the present outcome could not have become reality had it not been for the efforts of the mediators. Consequently, both Syncora and its council proceeded to apologize to Chief Judge Gerald Rosen as well as other attorneys who had mediated the case.

The Chief mediator in the Detroit bankruptcy case, Judge Rosen, ordered that more talks take place between creditors and the city of Detroit

An initial deal had proposed that the bond insurer come up with 20 cents on the dollar of what Detroit owed, as a combination of bonds, cash as well as development deals. A lease option concerning the municipal parking garage was also included in that proposal, as well as the extension of the insurer’s stake in the tunnel meant to connect Detroit to Canada.

Last week, however, Judge Rhodes, presiding over the entire bankruptcy case decided to temporarily halt a trial on the debit-cutting plan so as to give both sides time for more settlement talks.

The situation is even more complicated as an additional bond insurer, Financial Guaranty Insurance Co., which has insisted that the city debt exceeds $1 billion, still hasn’t reached a satisfying deal with Detroit. It too has been ordered to agree to more mediation talks so as to ensure that a settlement be reached.

Detroit now wants to have Judge Steven Rhodes approve a new-conceived plan that would slash over $7 billion in liabilities while reinvesting around $1.4 billion over a decade in services. Global banks, on the other hand, would want Syncora and FGIC to take over their losses on the interest-rate transaction after a $85 million settlement.