You are here: Home / Business / Opec Balance Threatened By Iraq’s Violence, oil prices up and stocks down

The mayhem in Iraq may upset the balance of the most stable oil market leading to disruption in the price held stable for the last four years.

Brent crude, a benchmark for international oils rose as much as 2.8% to $113.02, its biggest gain since August. The fighting confined to Iraq’s north i.e. away from important oil-producing regions in the south.

The lost of control by Baghdad over the country’s lucrative southern oil fields, will severely disturb the global oil supply as it supply all of Iraq’s exports (roughly 2.5 million barrels a day).

Organization Of Petroleum Exporting Countries – OPEC founded in 1960 by Iran, Iraq, Kuwait, Saudi Arabia and Venezuela is an organization consisting of the world’s major oil-exporting nations. 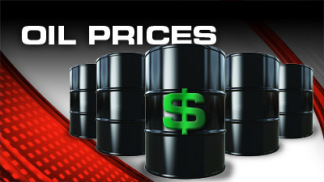 OPEC is a 12-member cartel managing the supply of oil in an effort to set the price of oil around the globe, in order to avoid inconstancy that might affect the economies of both producing and purchasing countries.

“It’s comfortable for everyone,” said Judith Dwarkin, chief energy economist at ITG Investment Research. “The global economy has recovered, oil demand is growing at trend, and prices are high and stable.”

Over the last four years the production from non-OPEC countries, driven especially by a boom in U.S. shale oil, has risen by 4 million barrels per day.

“For months now, the OPEC basket price has been moving within a comfortable range of between $100 and $110 per barrel,” said analysts. “There is no reason for the OPEC members to take any sort of surprising decision that would disturb this equilibrium, as this is the status quo that is preferred by all parties.”

Libya has seen its output reduced to below 200,000 barrels per day amid factional fighting, meanwhile Nigeria has been influenced by the shale revolution in the United States and Venezuela has suffered significant production limitations.

Only Saudi Arabia would be able to substantially increase production, something that may soon be required if the situation in Iraq lead to further continuous increase in oil prices, analysts said.

According to commodities economist Tom Pugh, “The most significant impact from the insurgency is likely to be the disruption to Iraq’s already ambitious targets for oil production.”