You are here: Home / Health / Bridal Shop Owner Sues Hospital Due To Ebola 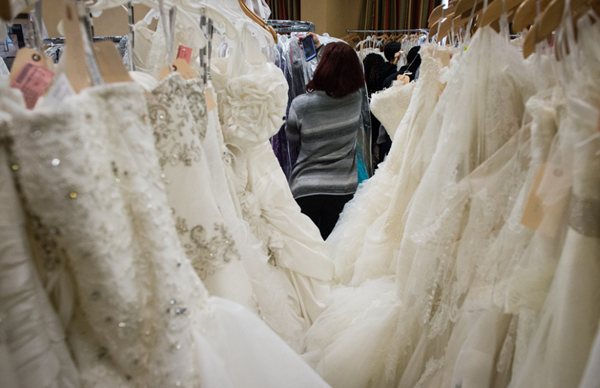 The owner of the bridal shop lost his business due to Ebola.

The owner of a bridal shop in Ohio decided to sue a Texas hospital because he went of business due to an Ebola scare. It all began after a nurse, Amber Vinson, visited the shop in 2014 to try a wedding dress. She was diagnosed with Ebola and the shop had to be closed several weeks that fall.

Unfortunately, the owner was not able to open it again and now he wants the hospital where the nurse worked to pay for the damages. The hospital and its parent company, Texas Health Resources, were accused of not paying attention to their employees who were exposed to the virus. Moreover, the owner also thinks that the nurses were not provided with protective equipment to prevent the infection. He claims that if the hospital was aware of the danger, his businesses would have still worked.

The nurse visited the bridal shop while she was in her hometown to prepare her wedding.She was diagnosed with Ebola two days after she returned from her trip. The owner requests damages for any lost money since then and in the future. Even if the nurse was able to fly to Dallas, all the people on that flight were watched by health officials. They also monitor customers who were at the bride store at the same time with the nurse. The shop was closed until officials were sure there was no danger, but people did not come to that place because they were afraid.

However, the Texas Health Resources officials do no think that the lawsuit has any legal basis. They are also sued by another nurse who got infected with Ebola. She claims that the company failed to train its employees who were treating Ebola patients. People also think that the Centers for Disease Control and Prevention is guilty because it should not have allowed to women to fly on a commercial flight. There were many people in contact with the nurse and they could have been infected with the virus.

Vinson and the Centers for Disease Control and Prevention were heavily criticized once word spread that she had flown commercially after being in contact with Duncan and the infectious virus.

We are waiting to see what will be the decision of the judges. What do you think? Is the hospital guilty of not providing enough protection to its employees?