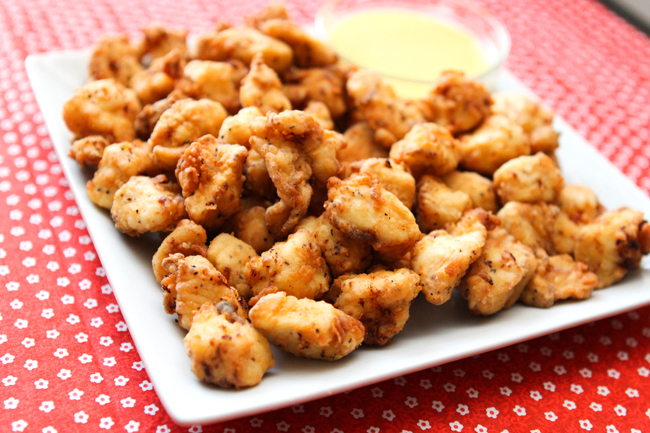 If you were looking for a new healthy diet at the beginning of the year, Chick-fil-A probably didn’t spring to mind. However, the fast food chain has proposed that eating chicken nuggets every three hours could help people stay healthy this year.

In recent weeks, Chick-fil-A, one of the most popular fast food restaurants in the U.S., started offering tips on healthy living printed on its takeout bags.

One of the more controversial tips was the one encouraging customers to eat more chicken nuggets this year. Surprisingly, the tip said to “Eat smaller meals (like an 8-count pack of grilled nuggets) every three to four hours,” which prompted some people to name the diet as the “chicken nugget cleanse.”

But nutritionists have called off the victory dance of chicken nugget lovers. According to Yahoo News, nutritionists aren’t completely on board with this dietary recommendation and warn customers to take it with a grain of salt.

If the diet is not balanced with other types of food, eating nuggets every three hours could lead to severe effects on the organism, according to Lisa Moskovitz, the CEO of New York Nutrition Group and a dietician-nutritionist.

Even though following this diet could help people reduce calorie intake and high protein at the same time, it’s definitely not a healthy recommendation, asserted the nutritionist. Ruling out vegetables, fruits and other healthy foodstuff may lead to insufficient fiber, vitamins, and antioxidants.

At first, the consumers would experience weight loss, but it won’t be sustainable. Other nutritionists have already debunked the idea that portioning your calorie intake in smaller meals throughout the day leads to weight loss.

Even before nutritionists gave their two cents on the matter, reports had already started making fun of the alleged diet proposed by Chick-fil-A.

Cosmopolitan magazine, for example, explained that this diet was not good news for nugget lovers – the food chain specifically mentions the grilled nuggets, while most Chick-fil-A customers love the fried nuggets more.

At the same time, People magazine poked fun at the tip by explaining how insanely expensive it would be to sustain such a diet. Eating grilled nuggets six times in a day can easily make customers broke; it’s all fun and games until you pay $23 bucks daily – nearly $700 a month – to follow this type of diet.

Instead, nutritionists recommend having a varied diet that includes snacks of veggies, yoghurt with fruit, and sandwiches.
Image Source: Table For Two Blog