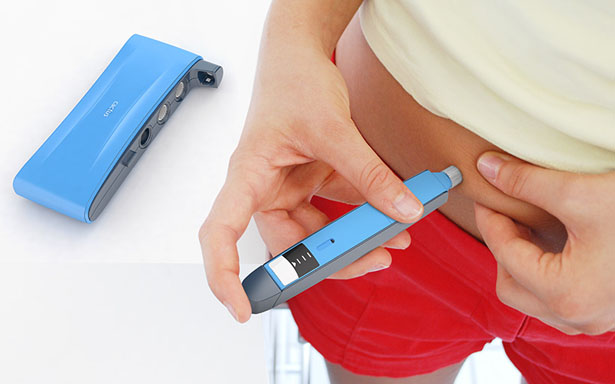 Living with Type 1 diabetes is not easy, considering that it involves a daily insulin injection to compensate for the body’s lack thereof. This often leads to pain, swelling, irritations and itching around the injection site.

However, thanks to a new breakthrough, daily insulin injections could soon be forgotten, as researchers are inching closer to halting Type 1 diabetes and maybe even cure it.

Harvard and MIT researchers have restored the insulin function in mice for as long as 6 months by using insulin-producing cells. The same group of scientists created insulin-producing beta cells in large quantities used 2014, all with the help of stem cells.

Now, the team has put the mass-produced cells to the test by transplanting them into mice. They managed to simply switch off the disease for 6 months, without causing an adverse immune response.

Details about the experiment and the promise it holds can now be found in the article published in the science journal Nature.

Developing Type 1 diabetes basically means that the body’s pancreas can no longer produce insulin – the hormone that’s critical for regulating glucose levels in the blood. When insulin is missing, the sugar isn’t channeled for energy, but instead builds up in the bloodstream.

Scientists don’t really know the cause of Type 1 diabetes – it’s not because someone ate too much sugar, though – but they hypothesize it’s about the way the body’s immune system attacks the insulin-producing cells.

Trying to effectively treating the issue without the necessary stream of insulin injections, researchers at Boston Children’s Hospital, MIT, Harvard, and several other institutions developed a material that encapsulates human pancreatic cells before transplant.

Human insulin-producing cells were generated by embryonic stem cells, and after transplanting them in mice, the cells began to regulate sugar levels in the bloodstream. This therapy effectively stopped the mice’s Type 1 diabetes for 174 days. For humans, this period could be the equivalent to several years.

According to Daniel Anderson, study co-author, this method would be providing diabetics with a new pancreas – one fully protected from the faulty immune system. It would allow them to manage their blood sugar without having to take drugs or insulin daily.

However, human trials are far off, still some years away. But if the therapy proves as effective in humans as it was in mice – which is not always the case – Type 1 diabetes patients replace daily insulin injection with a transfusion every few years.
Image Source: Tuvie