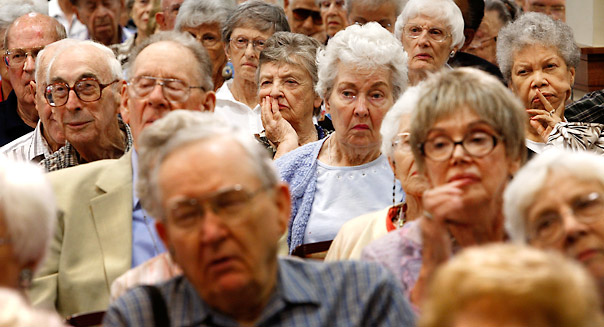 According to a governmental announcement, life expectancy across the United States has remained the same over the last three years. The same prediction made for the previous two years applies to 2015 as well – children born last year can expect to live to be 78 years and 9½ months.

Ever since World War II, each year brought a new upgrade in life expectancy, even if it was just the slightest, mostly due to the impressive leaps in medical advances, better nutrition and education, and public health campaigns. The last time we experienced this kind of stagnation (more than two consecutive years) was in the mid-1980s.

Even though experts don’t have a clear cause why life expectancy has been flat lately, they blame it partially on the increase in fatal drug overdoses and suicide rates. According to Robert Anderson of the Centers for Disease Control and Prevention (CDC), we have yet to find any evidence that this is the peak of U.S. life expectancy, even though the nation is battling obesity.

Anderson isn’t the one holding off on any early conclusions; S. Jay Olshansky, a professor of public health at the University of Illinois-Chicago, also agrees. Three years is far from enough to already see a trend, therefore it’s too soon to tell what will happen over the next years.

According to the World Bank, the life expectancy in the United States puts the nation below nearly 40 other countries. Iceland and Japan rank at the very top of the list, with more than 83 years. U.S. health officials measure the life expectancy for each year by calculating the average of how old people were when they died; they also consider the cause of death.

With the help of statistical modeling, they are able to predict how long people born today will live, given that current trends continue. This CDC report has taken into account all the 2014 death certificates, which amount to about 2.6 million. Compared to the previous year, there were about 29,000 more deaths, reflecting the nation’s aging population.

The report also revealed that infant mortality has reached a record low, dropping to a 5.8 per 1,000 births. Heart disease and cancer have remained among the leading death causes, followed by respiratory diseases, and accidents and unintentional injuries.

Suicides and unintentional injuries – including drug overdoses, falls, and traffic accidents – each increased by about 3 percent. Some experts believe that overdoses, such as the abuse of OxyContin and Vicodin, play a major role in driving up those death rates.
Image Source: Daily Finance