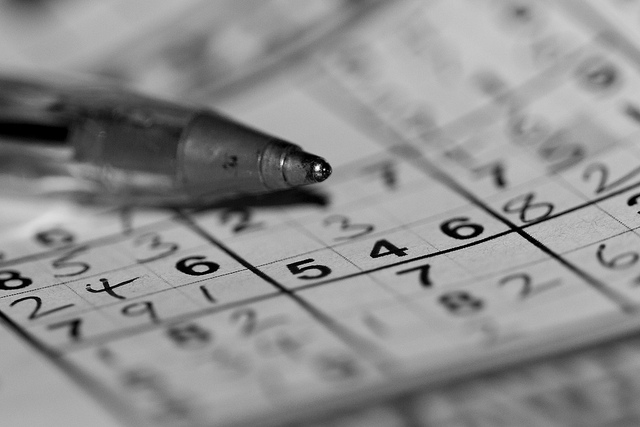 Solving Sudoku puzzles can be either a treat or a real headache for most people, but a 25-year-old German student has apparently developed seizures caused by Sudoku riddles.

Some brainy people crave it, but it’s safe to say that Sudoku alienates and frustrates most of us to the point of exasperation. Those hardcore fans of crosswords – especially of those cryptic ones – disapprove of Sudoku’s structure, calling it annoyingly repetitive once you get a hang of the ropes.

However, a new study has found a rare case of a young man – right-handed – who apparently was diagnosed with clonic seizures (when the muscles undergo rapid contractions) in his left arm while he was solving the famous number game.

A few years back, the physical education student was taking a ski tour when an avalanche covered him in ice for 15 minutes. Consequently, his brain was irrevocably damaged by insufficient oxygen, but according to senior author Berend Feddersen from the University of Munich, Germany, the young man was tremendously lucky to come back to life after being rescued.

Soon after the accident, the student started developing involuntary twitching – also called involuntary myoclonic jerking. First symptoms appeared in his mouth and leg muscles, which would occur sometimes when he wanted to talk or walk.

However, the most surprising complication caused by the oxygen deficiency started happening only a few weeks after the incident, during his time at a rehabilitation clinic. Seeing that recovery is a slow and often boring process, the student turned to Sudoku puzzles as a relief from boredom.

Feddersen, the young man’s neurologist, then noticed that solving the game gave the patient clonic seizures in his left arm, but when he put away the puzzles, the seizures stopped, oddly enough. This kind of seizures is a type of reflex epilepsy, which is usually triggered by external stimuli and specific activities, such as doing math, reading or playing games.

Experts are not sure if Sudoku falls in either of these categories, but are sure the puzzle is responsible for the symptoms – particularly after they found out he had a technique: he arranges the numbers in a 3D manner, instead of making trial and error.

The patient – who was the subject of an elaborated paper published in JAMA Neurology – was discouraged from solving Sudoku puzzles, and he has now been seizure free for over five years.
Image Source: Flickr