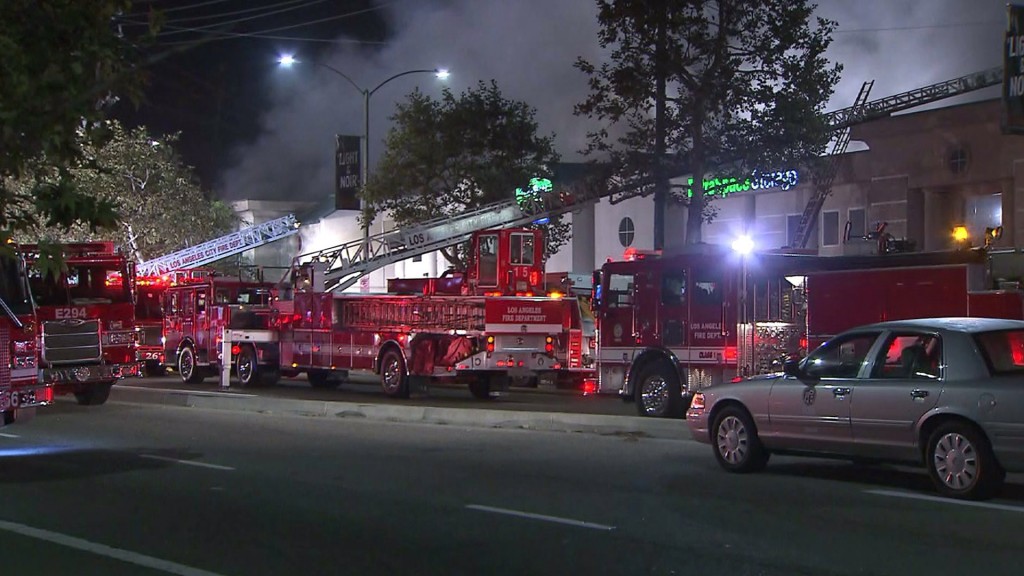 A large fire that engulfed a storage facility in Venice resulted in the wounding of eight firefighters on Sunday, authorities said.

In fighting the blaze, more than 300 firefighters were called in at the Extra Space Storage facility. The blaze broke out around 7:30 PM on Saturday and firefighters battled the flames overnight, Brian Humphrey, Los Angeles fire spokesman told reporters.

Another spokesman, Erik Scott, announced that two firefighters had been taken to the hospital after suffering heat exhaustion, back injuries and blisters. Another firefighter with heat exhaustion and a captain with an unspecified injury received treatment on the scene.

Apart from these five injured firefighters, three more suffered other injuries that the spokesman declined to provide details on. He did note that neither had suffered life-threatening injuries.

Spokespeople also told reporters that firefighters had a particularly difficult time as combustible items packed inside the storage units had been fueling the flames and had resulted in extremely hot and smoky conditions. Additionally, the building’s metal roof made it difficult for heat and smoke to exit the building.

Consequently, firefighters had to cut holes in the roof as well as smash the windows so that the structure could be ventilated.

On Sunday morning the fire had been contained, however debris was still smoldering midmorning, Humphrey said.

Investigators have not yet determined the fire’s cause and hope that by late Sunday, they may comb through the debris and determine what caused the blaze.

Two thirds of the units could be saved from the flames, however, significant water damage must be reckoned with. According to fire spokesman Humphrey, the property owner is planning to bring in a private firm that can deal with tenants as well as insurance concerns in the days to follow.

“In a self-storage facility, it gets highly compartmentalized and it contains a vast variety of storage from residential properties and local businesses. … We have a panoply of hazards inside such a structure,”

Humphrey said about the structure.

“The additional challenge was the nature of the building construction, the metal roof, the concrete floors. Every single storage unit was locked. We had to fight entry into each storage unit and then fight a fire of densely stacked contents.”