You are here: Home / Uncategorized / The Ebola Virus is Draining Budgets and Stealing Lives

We are undoubtedly facing the worst Ebola outbreak after. It has not only claimed approximately 1200 lives, but it is also draining the finances of affected governments. Sierra Leone is actually using treasury bills to fund the fight against this deadly virus, while companies stop operations at mining sites to protect their workers.

At the moment, the World Bank and the African Development Bank are preparing an emergency aid of roughly 260$ million dollars to aid with the epidemic. They aim to limit the economic fallout that the virus will have on Sierra Leone, Liberia, and Guinea. 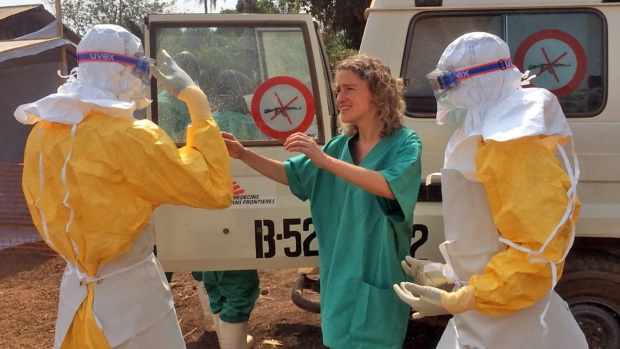 Statistics show that 1145 people were killed since the outbreak. This means that 60% of people infected with the disease that has no cure, die, says the World Health Organization.

“Governments are almost totally reliant on international aid and healthcare expertise to coordinate and fund the containment strategy (…) The selling of debt remains a poor option for impoverished West African countries seeking to fund the fight.” – Charles Laurie, head of Africa risk analysis

It seems that Sierra Leone auctioned 87.1 billion leones on July 31. With its 364-day deb selling at 6.64 percent (up from 6.27% on the July 24 sale). Nattgew Dingie, from the budget research at the financy ministry says that all proceeds are taken to battle Ebola.

To help you understand the financial aspects better here’s an example. At the moment, Afghanistan has a bigger billing economy: 21 billion dollar economy, whereas, the three West African countries combined gross less than 13 billion dollars.

At present, the Outbreak in Nigeria is contained, but the disease is spreading through the continent. Also, Nigeria’s interventions have made marks on the African oil and gas companies. This country also has the largest economy of all African countries (500 billion dollar economy) and is the continent’s biggest oil producer and most populated territory.

“The countries most affected have seen people fleeing away from agricultural areas, which is a significant contributor to GDP (…) Some cities are looking like ghost towns where public employees have been sent home, nothing much is happening and the course is going to have an impact on economic activity.”

While financial aspects are important, what is vital now is to contain the virus and treat as many patients as possible. At the moment Ebola is threatening to erase the progress made so far in Liberia.

“Western leaders and multinational organizations will be compelled to provide longer-term funding assistance even once the current outbreak is brought under control,”