You are here: Home / Health / New Study Found that Running Could Increase Your Lifespan by Three Years

A new study found that running could actually increase your lifespan by three years. The news that runners tend to live three years longer than people who don’t run comes a bit as a shock, because in April of this year, another study said that high-mileage runners actually tend to live less than those who only run moderately.

The good news that comes from this new study is that almost anyone can benefit from it, especially the majority of people who don’t engage in high-mileage running, but at slow speeds for even 15-20 minutes a day. 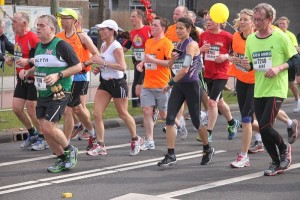 Lead author of the study, assistant professor of kinesiology, Duck-chul Lee of Iowa State University had this to say about the study:

People may not need to run a lot to get health benefits. I hope this study can motivate more people to start running and to continue running as an attainable health goal.

The present U.S. guidelines for physical activity call for a minimum of 75 minutes of running each week or other aerobic activity of vigorous intensity or 30 minutes on most days of the week of moderate intensity exercise.

What the study doesn’t really make clear is the fact if the longer lifespan is actually caused particularly by running. The researchers only managed to find the link that the people who run, live longer than those who don’t engage in running. Of course that there could be other reasons why runners live longer; for example, it could be that the people who actually engage in running are healthy people. The researchers tried to control the data gathered as to account for such factors. They found that people who exercised less than what the U.S. guidelines recommend still had some important health benefits.

The study followed 55,000 adults from ages 18 to 100 that were followed during a 15-year period; one quarter of the adults were runners. The people were asked to fill out a questionnaire about their running habits and after careful examination of the state of health and questionnaires, the researchers established that people who ran had a lifespan of three years longer than those who didn’t run. Running was also linked to 45% lower risk of death from stroke or heart disease and 30% lower risk of death from any cause, compared to no running.

Are you a runner? What are your thoughts on the results of this study? Are you going to take up running now? Share your thoughts in the comment section below, we would love to know what you think about this!