You are here: Home / Health / Salmonella Outbreak at a Wedding in Alabama Sicknes 77 Guests 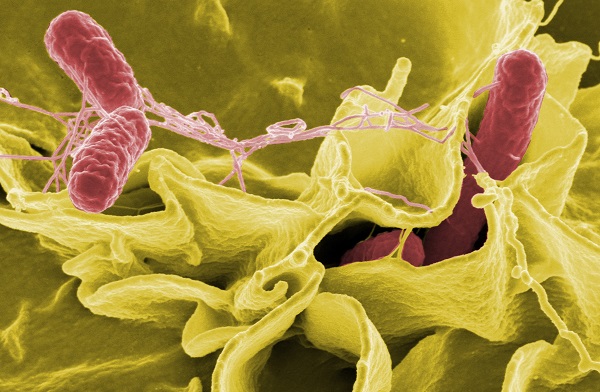 Salmonella outbreak infects 77 guests at a wedding in Alabama.

If you think that your wedding party was bad because of some people got drunk and behaved inappropriately, then you should learn more about the Salmonella outbreak which took place at a wedding in Alabama. What was supposed to be a joyous occasion for all guests, turned out be a horrible day.

According to the Alabama Department of Public Health officials at the very least 77 guest at a wedding in Colbert County, Alabama, were infected with Salmonella on Saturday. The officials revealed a recent statement confirming that Salmonella was, in fact, the main culprit behind the sickness. Twelve people were severely affected by Salmonella gastroenteritis and required hospitalization.

The wedding took place at Sheffield venue and the food for the festivity was provided by a third-party caterer. This is where the state health officials began their investigation believing that the sickness was caused by a foodborne pathogen. The initial laboratory confirmation of the Salmonella outbreak was publicly released only today.

According to Dr. Karen Landers, a state health officer, all the patients affected by the outbreak are steadily recovering. The department has prioritized the health of patients as well as the investigation into the cause of the outbreak in order to prevent any other illnesses.

The catering company was not publicly revealed by the Health Department. However, the attorney representing several of the sickened guests attending the wedding, Jon McGee, has revealed that the food was provided by Indelible Catering, a company based in Moulton and which is operated by Darvin McDaniel.

The caterer provided different types of food such as chicken, mashed potatoes, and green beans, according to the guests. The health department collected various food samples for testing. The results have not yet been disclosed, if they are available at all currently. Although the food was certainly the cause of the Salmonella outbreak, officials need to discover whether the infection originated with the catering company or their supplier in order to put a stop to it.

The company was also involved in 2014 in an E. coli and salmonella outbreak during an event in Decatur. However, the investigators could not determine if the company was linked to the cause of the diseases because the food served came from multiple sources.