You are here: Home / Health / Suicide And Depression Campaigns On Suicide Awareness Month 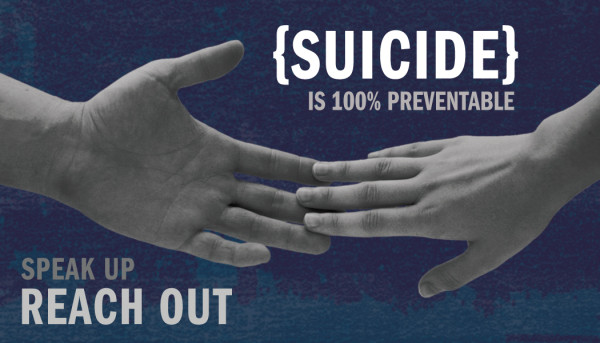 The Centers for Disease Control released information stating that the suicide rate, especially among young girls, is growing. The data led to The Crisis Center of Johnson County doubling its effort to raise awareness of the problem and remind the populations that there is enough support for those in need.

September represents the National Suicide Prevention Month, and many discussions regarding suicide prevention are being held at The Crisis Center by speakers.

This year, UI Health Care, which partnered with The Crisis Center,  introduces Kevin Briggs to Iowa City. Briggs is a California Highway Patrol officer and considers that his job is surprisingly rewarding. He also admitted negotiating, through his 23rd year of career, several hundred suicide attempts on the Golden Gate Bridge, which is supposed to be a traditional place for suicide attempts.

Briggs who can relate to individuals suffering from depression mentioned that there is always hope. While he considers that no one is in this alone, he reaches out to people who do not suffer from mental illnesses to help individuals who might present risks for suicide. He also wrote a book called Hope and Despair, and his famous TED Talk has more than two million views.

Being the opening of a new school year could mean that youngster would be involved in sports practice, homework or other school activity. But the fact that sometimes the trouble to fit in is remarkable which gives us the idea that September being Teen Suicide Awareness Month is no accident.

Moreover, The Veterans Department wants individuals to understand everyone can aid assist vets who could be passing through a difficult time. The latest campaign called ‘Be There’ was recently launched by the agency.

Dr. Caitlin Thompson from The Division Veterans Affairs mentioned that we all could be aware of the signs and learn how to deal with them. Supporting individuals who face challenging situations does not need professional training. Everybody should consider that checking with a next-door-neighbor or calling an old friend ar important preventive factors that one could do every day.

All these acts help individuals feel less lonely. The new campaign wants to teach people to be there for each other by doing small but important things every day.