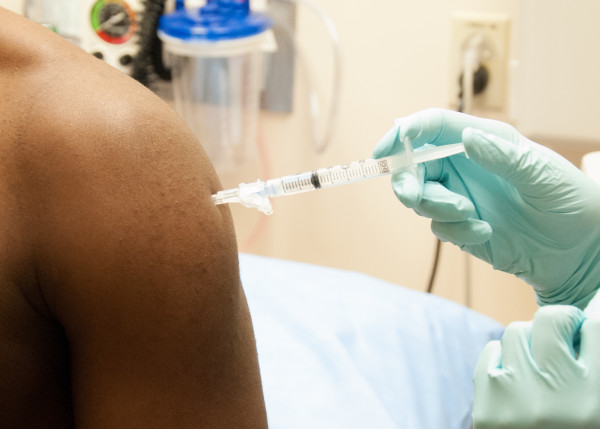 Vaccination campaigns for yellow fever are being developed in Africa

Seven provinces of the Democratic Republic of Congo (DRC) have introduced new measures to ensure that yellow fever doesn’t spread. The measures aim to immunize as many people as possible despite the global deficiency of the yellow fever vaccine.

The vaccination campaign developed as the World Health Organization (WHO) and partners were working to curb disease outbreak.

The deputy UN spokesman, Frahan Haq mentioned that the vaccine reached more than 13 million people in Angola and more than 3 million in the DRC. However, more areas are considered at risk such as the capital city of Kinshasa in the DRC and along the country’s border with Angola where vaccination campaigns unfold.

Yellow fever is an acute viral disease. In most cases, symptoms include fever, chills, loss of appetite, nausea, muscle pains particularly in the back, and headaches. The disease may be difficult to tell apart from other illnesses, especially in the early stages. To confirm a suspected case of yellow fever, blood sample testing with polymerase chain reaction is required.

Yellow fever causes 200,000 infections and 30,000 deaths every year with nearly 90% of these cases occurring in Africa being common in tropical areas of South America and Africa, but not in Asia. The disease usually starts after an incubation period of about six days. When followed by a mild infection with fever, headache, chills, back pain, the infection lasts only for about three to four days.

But in more than 15 percent of the cases, the yellow fever enters a second, toxic stage with recurring fever, this time, accompanied by jaundice due to liver damage, as well as abdominal pain. Bleeding in the mouth, the eyes, kidney failure, hiccups, and delirium are also among the symptoms.

More than 500 vehicles are known to be used to transport the teams and supplies that will then be spread across more than 8,000 vaccination sites in Kinshasa and along the Angola-DRC border.

The Coordinator for the Control of Epidemic Diseases Unit at WHO mentioned that the main target of the operation is to protect as many people as possible.

The yellow fever outbreak started in December of last year and is the cause of 5,000 infections so far and more than 400 deaths. The disease is spread by mosquitoes, especially the Aedes aegypti mosquito that also spreads Zika virus.