You are here: Home / Health / The Benefits of Replacing Sugary Drinks with Water 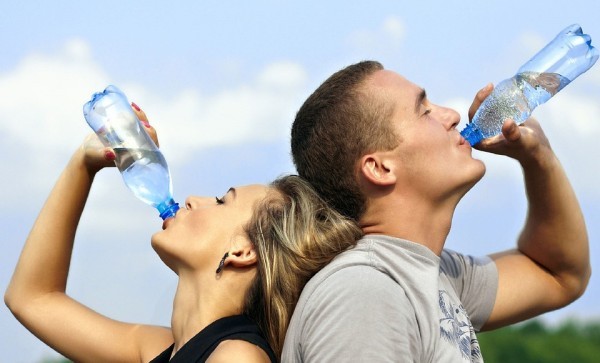 New studies revealed the benefits of swapping sugary drinks with water. Just by replacing one sugary drink per day with water could improve your overall health and also help you lose weight.

The members of human nutrition, foods, and exercise in the College of Agriculture and Life Sciences highlight the well-known fact that by consuming additional calories from energy drinks, sodas or sweetened coffee we increase the risk of weight gain and obesity as well as cardiovascular problems and Type 2 diabetes.

The 2015 Dietary Guidelines for Americans established that no more than 10 percent of the daily calories should come from added sugar. However, people were advised to replace caloric beverages with water or free-calorie drinks.

The study also revealed that the more sugary beverages one consumes, the more likely he is to eat unhealthy levels of red meat, processed food or sweets. Drinking lower calorie drinks is linked to more balanced meals, with a higher level of fruits and vegetables, fish, and poultry. As drinking habits influence eating habits a healthy diet could start with the replacement of sweetened soda and high-fat milk with the lower-calorie version of the two.

Diet drinks are an alternative to sugary drinks but studies have revealed that people choosing water over lower-calorie drinks still eat more fruit and vegetable, are better hydrated and have lowered blood sugar than those who choose diet drinks.

Just one twelve-ounce can of Coke or Pepsi has about 150 calories. Drinking two such beverages a day for 10 days could bring you an extra pound of body weight. Moreover, drinking energy drinks or fruity juices can increase your daily intake by 100-250 calories.

Regardless of how many such sugary drinks you have, replacing just one of them with water could bring many health benefits and could also influence us to obtain a healthier lifestyle.