You are here: Home / Health / Why Eating Raw Cookie Dough Is a Bad Idea 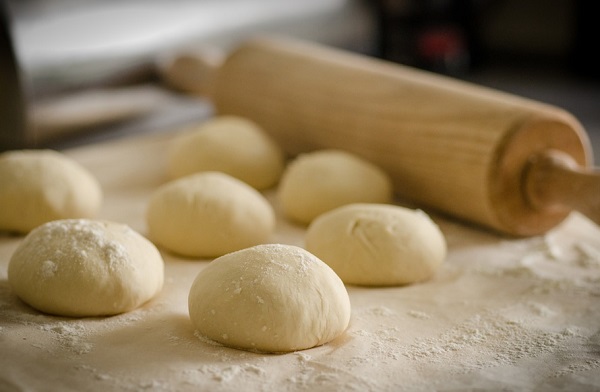 Who doesn’t love to take a bite out of the cookie dough before the batch goes into the oven? And if you have kids, you probably tried doing crafts with edible playdoh that eventually ended up in the kids’ mouths and not in the ornament shapes.

However, for all of those with a sweet tooth, the Food and Drug Administration (FDA) has some bad news. This week, it warned people not to eat raw dough or batter due to a recent outbreak of E. coli bacterial infections.

Why? It appears that a strain of the bacteria was found in flour produced by General Mills; the company has already issued a recalled for 10 million pounds of contaminated flour.

It’s a pretty popular behavior in many restaurants for people to give rowdy children raw dough as clay for ornaments, but the FDA’s issue writes against that, too. The Centers for Disease Control and Prevention also asked parents to keep an eye on their cooking station whenever they use flour so their kids won’t get in contact with it.

The General Mills factory, located in Kansas City, Missouri, voluntarily recalled the flour last month after FDA and CDC investigations connected it to the recent E.coli outbreak. In early June, the CDC pinpointed three brands (all produced by General Mills) as the source for dozens of infections in 20 states.

Contracting an E. coli infection of this particular strain can lead to symptoms like painful abdominal cramps, nausea, and diarrhea (often bloody). In more severe cases, the bacteria can also lead to a type of kidney failure.

The FDA reported that at least 10 people infected with E. coli have been hospitalized; fortunately, no deaths have occurred so far.

According to the FDA preventive guidelines, anyone handling flour or raw dough should wash their hands afterward, as well as the ingredients touched by it. E. coli bacteria cannot survive in food that’s been boiled, baked, or otherwise exposed to heat during preparation.

Even before the recent flour recall, eating raw cookie dough carried the risk of contracting salmonella due to the raw eggs in the product. If you simply must have it, the FDA recommends commercially made cookie dough ice cream, which should contain only pasteurized eggs and treated flour.