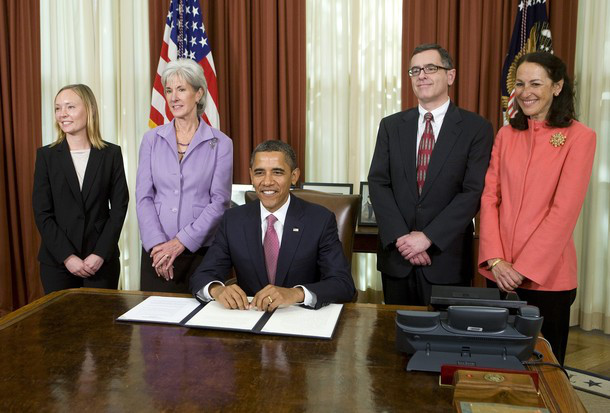 The fight for curbing opioid-related overdoses is something President Barack Obama can get behind, and he proved that during his speech at the National Rx Drug Abuse and Heroin Summit in Atlanta.

The President introduced today more private sector and public initiatives that could slow down the abuse of opioids in the United States.

Reports of the National Center for Health Statistics (NCHS) showed that in 2014, 18,893 deaths involved prescription opioids in the U.S., rising with 16 percent more than those in 2013.

After he had proposed $1.1 billion in new funding to help Americans who struggle with opioid use disorder, President Obama announced that his administration wants to do more.

The President proposed the increasing of the current patient limit from 100 to 200 for physicians “qualified to prescribe buprenorphine to treat opioid addiction.” At the same time, he wants to divide $94 million in funding among 261 community health centers across the nation.

Lastly, the proposal includes providing $11 million in funding opportunity for up to 11 states which show interest in expanding their medication-assisted treatment services.

Meanwhile, the Department of Health and Human Services (HHS) hopes to broaden access to substance use and mental health services for people who are on Medicaid and Children’s Health Insurance Program (CHIP) plans.

In an attempt to fight heroin use and overdose, the Office of National Drug Control Policy will partner with the High Intensity Drug Trafficking Areas (HIDTA) program to add Ohio and Michigan to the effort. This means that local partnerships will be established between law enforcement and their correspondents in public health.

HHS will keep funding syringe services programs that help people who inject drugs, as the administration hopes to prevent viral hepatitis and HIV.

Last but not least, over 60 medical schools will start requiring students to take up any form of prescribing education beginning in fall 2016. This will account for the clinicians’ part in addressing the country’s growing opioid epidemic.
Image Source: Ametia WordPress