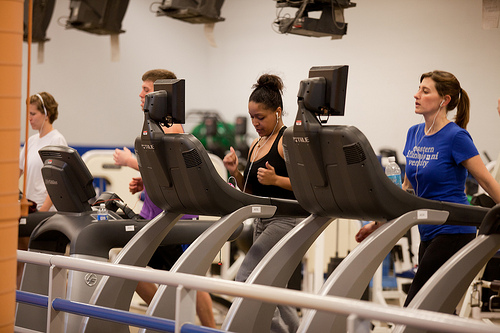 (Mirror Daily, United States) – Remember the happy feeling and the adrenaline that makes you feel as if you walk on air after you finish a workout? A new theory tries to explain what causes runner’s high; but first, what did researchers previously think?

The explanation that’s been around ever since the 80s was that endorphins produced by your body during sustained exercise are responsible for that. The scientific background for the idea is that these chemicals reduce the activity of pain receptors in the brain, causing a lowered perceived sensation of pain and a higher feeling of apparent euphoria.

But according to a new study published in the Proceedings of the National Academy of Sciences looks to change that notion and replace it with a different theory: That the feeling of being “high” could be the result of a different substance called endocannabinoids.

For those unfamiliar with the term, endocannabinoids are really the body’s self-produced marijuana and, just like the drug, has a wide impact on physiological processes, such as mood, appetite, pain, and memory. Even though the current research has only been tested on mice, researchers are intrigued about the conclusions, looking to inspire follow-up studies.

Mice experiments conducted by researchers at the Central Institute of Mental Health of the University of Heidelberg involved the small rodents getting their endocannabinoids dose by exercising on running wheels. The team found that the mice’s pain tolerance was higher and anxiety levels lower after the runs.

Next phase of experiments involved blocking the animals’ endocannabinoid system via drugs. The results surprised everyone; the mice didn’t experience any changes in anxiety levels, and their sensitivity to pain would increase. Consequently, it’s clear that cannabinoid receptors play a major role in a runner’s high.

This is not the only recent study in the matter of a runner’s high. In August, researchers at the University of Montreal revealed another theory involving the hormone leptin, also known as the “satiety hormone.”

Responsible with regulating energy stores, leptin is the one to signal the body when it has enough energy and fuel. The researchers posed the hypothesis that when you’ve finished a workout, your leptin levels may experience a drop. In turn, this may “send a hunger signal to the brain’s pleasure center to generate the rewarding effects of running.”

If these studies are confirmed, the next step would be to find a way to use this useful insight to bottle the beneficial effects and teach people how to exercise better to improve their health. With more researchers interested in the subject, this looks more and more like a possibility.
Image Source: Flickr