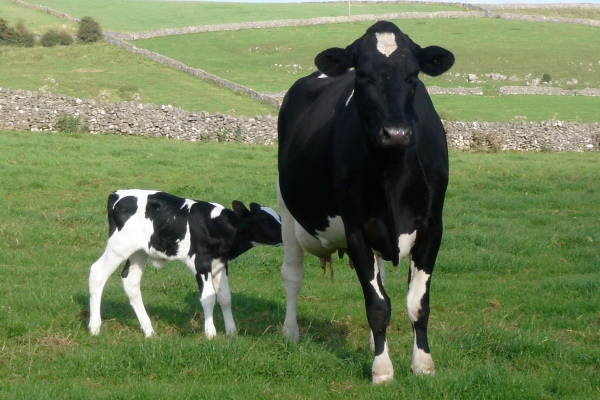 Traces of BLV were identified in humans’ cancer cells.

New study links leukemia virus in cattle to breast cancer in humans advancing new hypotheses for the treatment of women’s breast tumors. The real culprit is a cattle-specific virus that is responsible for both types of cancer, scientists have explained.

In spite of the many researches that scientists make every day, it is still impossible to find the real cause of cancerous tumors. All medical experts can do is identify those particular viruses that are partially or completely responsible for the emergence of certain cancer types.

A recent study published in the journal PLoS ONE puts forth the hypothesis, according to which, a cattle virus lies behind bovine leukemia and human breast cancer. The conclusion was reached after scientists have compared different types of tissues withdrawn from 239 donors registered at the Cooperative Human Tissue Network.

Results have revealed that 59 percent of the cancer-affected tissues had been exposed to the same bovine virus. 30 percent of the analyzed tissues did not have cancer cells, but rather antibodies determined by the same cattle-specific leukemia virus.

The conclusion was but one: most of the instances of breast cancer in female patients were strongly determined by the recently identified bovine virus. Yet, additional researches have to be conducted to prove the truthfulness of the new theory.

The study was conducted by Prof Gertrude Buerhing and her team of researchers from the School of Public Health at the UC Berkeley University. According to her, the study proves that the bovine leukemia virus (BLV) is transmittable to humans and that efforts should be made to contain virus spread among cattle species.

In Buerhing’s opinion, the new research contradicts 30 years of past studies and confirms some of scientists’ recent fears related to animal viruses. Additional studies will be conducted to determine the causes of BLV occurrence in human tissues. More specifically, scientists will work to determine how humans get infected with the bovine leukemia virus.

The UC Berkeley professor is very pleased with the findings of her new study. She hopes the new discoveries will determine researchers to develop an anti-BLV vaccine.