You are here: Home / Health / Men With Breast Cancer Opt for Double Mastectomy As Treatment 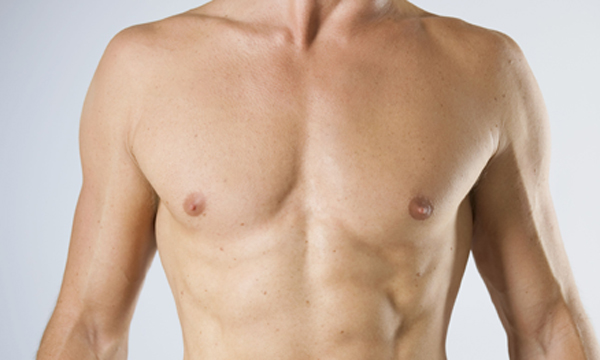 According to a recent study conducted by the American Cancer Society, more and more men choose to undergo contralateral prophylactic mastectomies. In fact, their numbers have nearly doubled from 2004 to 2011, rising from 3 percent to 5.6 percent.

In other words, the research shows that more men prefer the procedure as treatment, which involves removing both breasts, even though the cancer has affected only one of them.

Study author Ahmedin Jemal, vice president of surveillance research at the American Cancer Society, revealed that 6,332 men with breast cancer undergoing surgery have participated in the study, almost doubling the statistics from 2004. Jemal’s research team believes that improvement in genetic testing, cancer in family history and – most of all – fear of the cancer’s return are all responsible for the dramatic spike.

However, Jemal explains that only a small proportion of men affected by cancer are recommended to undergo this costly and serious procedure. Moreover, it is surprising that so many men opt for the double mastectomy, as there is no really good evidence that it offers more benefits.

And it’s not just men; the procedure has become more prevalent among women who either had breast cancer or are just at higher risk due to family history. Paradoxically, added Jemal, the operation has become increasingly demanded at a time where focus on better quality in cancer care should educate patients on the risks and benefits.

According to breast cancer researcher Dr. Larissa Korde of Fred Hutchinson Cancer Research Center in Seattle, most of these cancer patients make the decision to operate as a reaction of emotion. People going once through the pain of cancer are mostly afraid of having to experience it all over again, so they do what they think is the best chance they’ve got to prevent that.

Another expert on the matter, Dr. Robert Shenk, a surgical oncologist at University Hospitals Case Medical Center, Cleveland, explained that, in fact, developing breast cancer in the healthy breast is a much lower risk in men, which means there’s really no purpose in removing it.

An American Cancer Society report shows that every year roughly 2,350 men receive a diagnosis of invasive breast cancer, a stark contrast to the 231,840 women who develop the same disease. One in 1,000 for men are at risk of being diagnosed with breast cancer, compared to 1 in 8 women.
Image Source: We For News