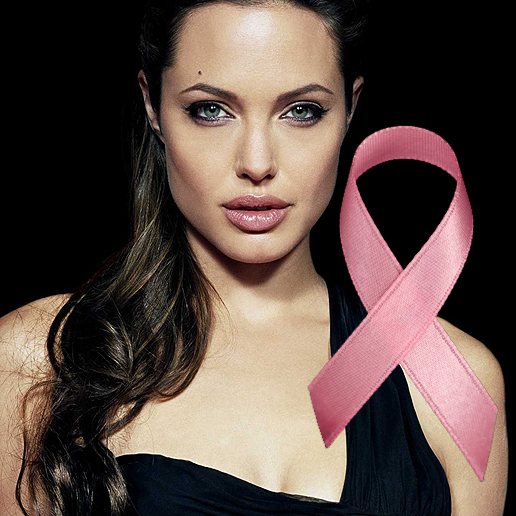 Angelina Jolie unwillingly educated women all over the world about the effects of breast removal on carriers of the BRCA1 gene mutation.

Recent statistics indicate that Angelina Jolie’s surgical interventions increased awareness on breast reconstruction among many U.S. women. The new data confirms the fact that Hollywood celebrities have a strong impact on the lay public and suggests what new approaches medical institutions should use to obtain positive changes in patients.

There are many ways in which celebrities can influence our lives, whether we choose to wear the same clothes, use the same cosmetic products or even, follow specific medical procedures. Angelina Jolie’s looks are regarded as a universally standard of beauty by women all over the world.

Her decision to completely remove her breasts and sexual organs to prevent cancer has had a powerful impact on most women, according to the recent statistics published by scientists at the Medical News Today.

Researchers have noticed an outstanding surge in the number of women who became aware of breast reconstruction interventions after Jolie made her announcement official in 2013.

Medical experts started the survey in an attempt to determine women’s perception on their breasts and their personal opinions on the topic of reconstruction. 1,000 female respondents were asked to provide their answers in March 2013, right before Angelina Jolie made her announcement public.

Based on the collected data, 89% women had some sort of information on breast reconstruction procedures. Researchers decided to conduct a new experiment on another series of 1,000 women. This new survey took place in June 2013, after the actress announced that she had had her breast removed.

Results were surprising; scientists found out that 93% U.S. women had become aware of breast reconstruction in just a couple of months. The unexpected awareness that the topic has won could only be linked to Angelina Jolie’s official announcement, scientists’ have explained.

They have also noticed that women had more knowledge on the medical procedures related to breast removal interventions. For instance, 69% of the respondents knew now that the surgical intervention could be performed with one single tissue, whereas before Jolie’s announcement only 58% women were aware of this.

By comparing the data from the two surveys, researchers have also noticed that 60% women knew breast removal and reconstruction procedures could be conducted during the same surgery. At the beginning of 2013, only 41% women knew this aspect.

The two surveys have convinced researchers that Angelina Jolie has raised awareness on cancer issues and breast removal surgeries. The actress had her two breast, her ovaries and her fallopian tubes removed to prevent breast and ovarian cancer.

The mother of six found out that she was a carrier of the BRCA1 gene mutation, so she decided to remove all the weak tissues that could have developed cancer cells. Her resolution came after her mother, her aunt and her grandmother died of various forms of cancer, proving she herself was at risk of developing this disease.