You are here: Home / Health / Women Spending Prolonged Time Sitting Are At Higher Risk of Cancer 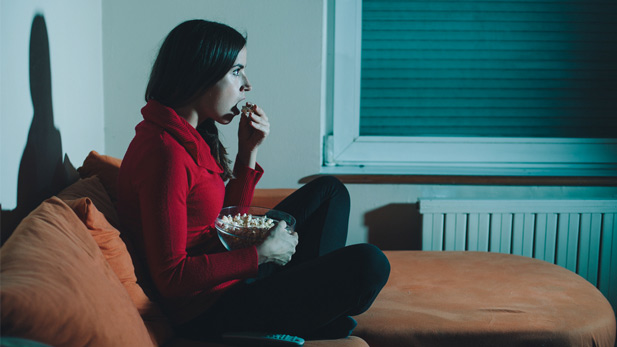 The fear of someday being diagnosed by cancer and having to fight it against all odds is all too real, prompting researchers to keep on finding ways that can prevent cancer.

Keeping in good physical shape seems to be a good bet in the war against cancer. A recent study conducted by The American Cancer Society has found an interesting connection between the time you spend in the sitting position and an elevated risk of developing some types of cancers.

According to their research, women are the ones who have it worse; the risk of cancer increases exponentially with the time they spend just sitting around, with emphasis put on ovarian, breast, and multiple myeloma cancers. Men, however, were spared from any connection between sitting time and increased cancer risk.

Even after physical activity, BMI and other biological factors were taken into consideration, researchers found that the cancer risk remained, pointing to the prolonged sitting sessions as the culprit.

The study’s results are particularly worrying as the time we spend sitting increases gradually for various reasons. Only some people may have a desk job – eight hours a day spent tied to the chair – but most of us are greatly influenced even if our jobs don’t require sitting.

Technological advancements are trying to make our lives easier and more comfortable, but they are also making us lazier; we have video games and television that keep us stuck on the couch for hours, and our modes of transportation also call for a lot of sitting.

According to the study, women who spend more of their leisure time on a chair or sofa have a 10 percent higher risk of developing cancer at some time in their lives. Even before this study suggested this link, the American Cancer Society had already issued guidelines that recommend decreasing sitting time for a healthier lifestyle, in addition to a balanced diet and enough physical activity.

Published in the journal Cancer Epidemiology Biomarkers & Prevention, this study made a clear distinction between time spent sitting and getting too little physical activity – both have negative effects, but they are independent to each other.
Image Source: Women Online