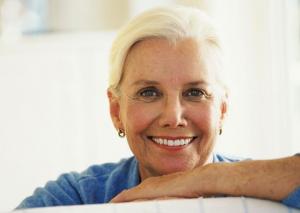 Education is appreciated for numerous other benefits and yet there are many other unknown positive aspects, if we were to judge by the recent discoveries. School can prolong life, scientists conclude after conducting a new experiment at the University of Colorado.

Scientists had to look back in history in order to establish whether there is a link between mortality rates and education levels. More specifically, they started analyzing data belonging to 1 million people that was registered between 1925 and 2015.

The persons that were selected to take part in the experiment had ages between 25 and 85 in 2010. Their school preparation proved that the longer the people stay in school, the longer they live. This finding could be extremely useful for the American society where more than 10 percent of the adults have not graduated high school.

Studies have further showed that 28.5 percent college students did not get a bachelor degree, choosing instead to get involved in risky activities. As a matter of fact, the main conclusion of the study was that people who do not stay in school take up life-threatening activities, such as stealing or selling drugs.

The study indicates that 145,243 victims could have avoided death in 2010, if they remained in high school. The same mortality rate was registered among smokers; therefore, scientists have drawn the conclusion that dropping school is just as noxious as smoking is.

The situation is slightly better for those who have completed some college studies; yet, figures are still alarming. According to the experiment conducted by the University of Colorado, 110,068 lives might have been saved if students completed their college years.

Based on these findings, scientists have concluded that education is important in many ways and it can improve a person’s life and health. For that matter, the U.S. government should support educational programs to increase survival rate in the U.S.A.