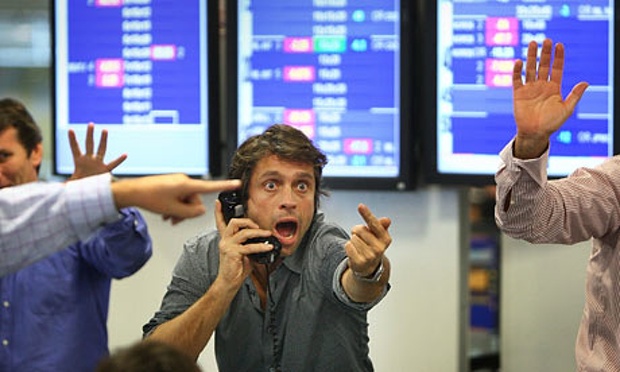 Testosterone makes men behave irrationally both in the market stock and in day to day life.

A recent medical study might have provided us with one of the best market tips ever: high testosterone levels cause men to make irrational investments. Scientists have reached this conclusion after closely examining the behavior of 142 female and male participants involved in various stock market transactions.

It was long believed that men tend to be more aggressive due to their higher levels of testosterones. The recent study conducted by scientists at the University of Alicante Spain proves that these beliefs are true and that males tend to become irrational when their cortisol and testosterone levels get really high.

The experiment was carried out under the careful surveillance of Dr. Carlos Cueva, a PhD graduate of the aforementioned university. The researcher effected his experiment in one of the most competitive places: the stock market.

He has explained his choice for this location by saying that most people working in the stock market are incredibly nervous. Their behavior could help establish whether people are capable of making good decisions when excited and whether their body functions can influence decision-making processes.

Experts have divided the 142 group of respondents into two categories. The first group received additional testosterone and cortisol doses, whereas the members of the second group did not receive any energy-boosting substances.

Hormone levels were verified both before and after the doses to correctly estimate the effects of testosterone on their body. Most respondents were young; their ages were set between 18 and 30 years old.

Scientists believe the age of the respondents might have also caused them to behave irrational. Young people are usually restless and the administered testosterone doses might have rendered them even more agitated.

Results have shown that the participants, who received testosterone and cortisol made many more risky transactions than their colleagues. They were too eager to buy or to sell products and they did not even care for the consequences of their transactions.

Another noteworthy finding of the experiment is the fact that men tend to be more influenced by these hormones than women. The behavior of the female respondents did not suffer major alterations after the administration of the cortisol and testosterone.

Scientists have concluded that these two hormones have the ability to make people more audacious, in general. They have further proved that the findings of the study could be very well applied to the financial market, given that men tend to make irrational investments when their testosterone hormone gets too high.

Unfortunately, similar scientific endeavors could have a negative impact on male workers, who might be discriminated in the future as a result of their irresponsible behavior. Researchers will, nevertheless, conduct additional experiments to clarify the situation.

The findings of the study were published in the journal of Scientific Reports.