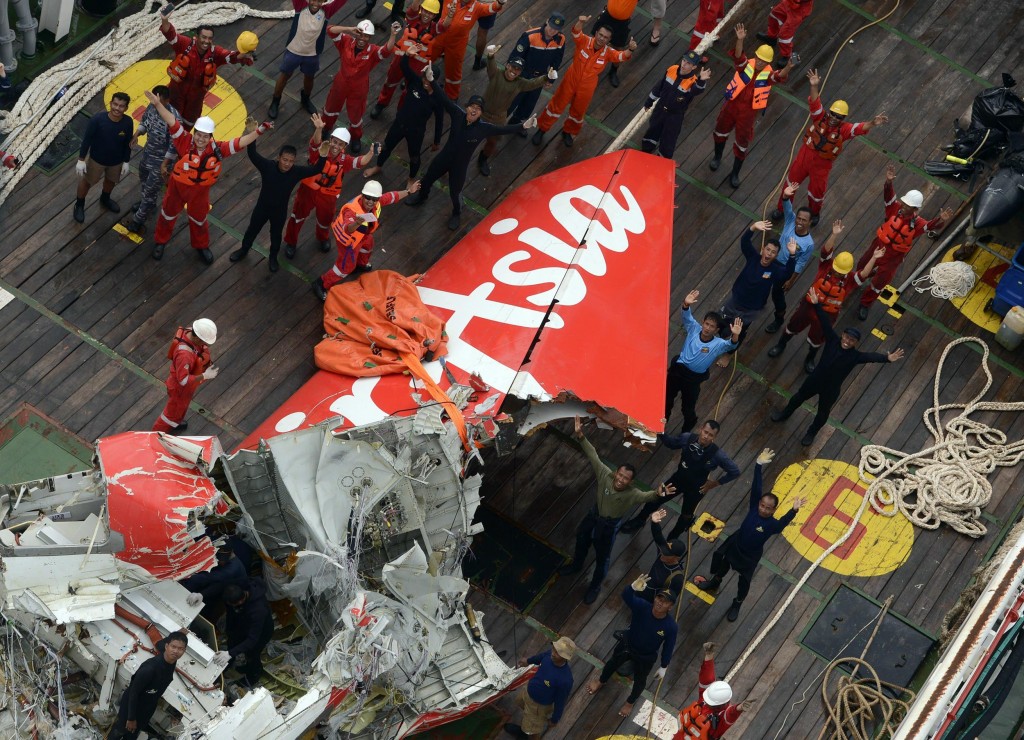 There are new clues that might contribute to finding the black boxes belonging to AirAsia Flight QZ8501 that crashed two weeks ago in the Java Sea. The search team has been hearing pings, allegedly coming from the black boxes.

The signals were traced to a shallow water area (about 30 deep) 1.6 miles to 2.4 miles from the location where the plane’s tail was found and retrieved on Saturday Jan.10. Officials have yet to confirm this, as it is too soon to say if the pings are coming from the cockpit voice or the flight data recorders.

Tonny Budiono, a navigation director for the ministry of transport believes that the black boxes are located in a wrecked part of the aircraft’s debris, making it very difficult for the team of divers to retrieve them.

The operation is planned to take place tomorrow morning, by gradually moving parts of the plane in order to get to the alleged black boxes. If this method won’t work, the divers have the alternative of using inflatable balloons, a technique also used on Saturday to retrieve the rear part of the plane.

Navy Spokesman Manahan Simorangkir has denied that the black boxes were traced, explaining that the location couldn’t have been determined due to bad weather conditions and ask of visibility.

In the event of finding the recorders, they will be taken to the capital of Jakarta for investigations. The time needed to retrieve the information depends on the level of damage the devices suffered. It varies from two days to two weeks.

Searchers believe they also found the location of the aircraft’s fuselage. The investigation will continue Monday Jan 12, as divers hope for better weather conditions.

Supriyadi, the operations coordinator for the National Search and Rescue Agency stated on Sunday that an object with the dimensions of 10 by 4 by 2.5 meters was traced via sonar on the sea floor.

“They suspect it is the body of the plane”, said Supriyadi. He added that if in fact they find the piece, the first thing they will do is evacuate the victims.

Up until now, 48 out of 162 bodies have been retrieved from the Java Sea. It is expected more will be found once the team finds the plane’s fuselage.

It is believed other large pieces belonging to the aircraft have been located by sonar but due to strong winds, currents and high waves, the search team was unable to retrieve them.

Although the cause of the crash has not been identified yet, the National Weather Bureau believes that a main factor could be seasonal storms.
Image Source: NBC News