You are here: Home / Health / Science of Stupid: Men Are Involved in More Cases of Death by Stupidity 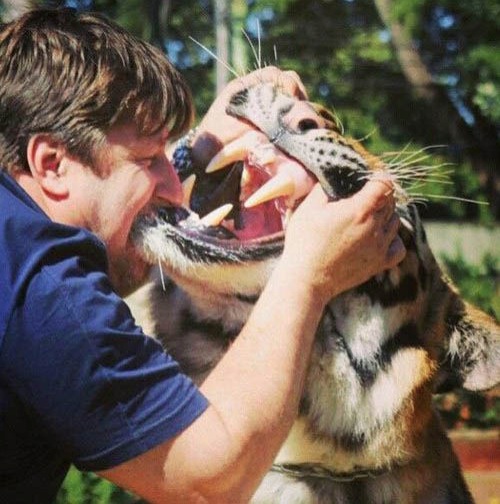 Men are involved in more cases of death by stupidity, a recent study reveals, as a result of the fact that they engage in more risky behavior than women do. The study adds that this risky behavior (put lightly) can often be described as extremely idiotic and often has fatal consequences. Scientists analyzed the difference in gender where the recipients of the Darwin Award were concerned.

The Darwin award is a quite morbidly humorous award that has been around for the past two decades and is granted to those who lose their lives in “an extraordinarily idiotic manner”. By dying in such ways, the individuals receiving the award are said to increase our species’ long term survival rates by protecting the human gene pool. You would believe that it is unfathomable that someone die in such moronic ways, but the study begs to differ. One terrorist actually died after opening the letter containing the bomb that he had prepared. He sent the letter, however, because of insufficient postage stamps, the letter was returned. The man died when opening the letter he himself had sent.

The British Medical Journal has just released its Christmas edition and, in accordance with the lightheartedness of the issue, researchers decided to also feature the results of this new study. While analyzing their theory that males were more prone to acting idiotically, they reviewed over 332 cases.

All nominees and winners of the Darwin Award between 1995 and 2014 were taken into consideration and separated by gender. Other criteria were taken into consideration: the nominee or recipient must have been of sound mind while conducting the actions that ultimately led to their death. The action must also be verifiable. Last but not least, the person’s actions have to represent mind-boggling misapplications of common sense.

Out of the 332 cases that scientists evaluated, 14 deaths were excluded (they belonged to adventurous couples). Scientists were left with 318 idiotic deaths, of which 88.7 percent had been experienced by men.

“Presumably, idiotic behavior confers some, as yet unidentified, selective advantage on those who do not become its casualties.”

Dennis Lendrem, an expert in decision making and statistics with the Institute of Cellular Medicine said.

What surprised scientists the most, however, was the enormous difference between men and women engaging in such risky behavior, he added. The results of the study only come to support previous theories that men also drive more recklessly, commit more crimes, become drug abusers and engage in extreme sports more often than women.