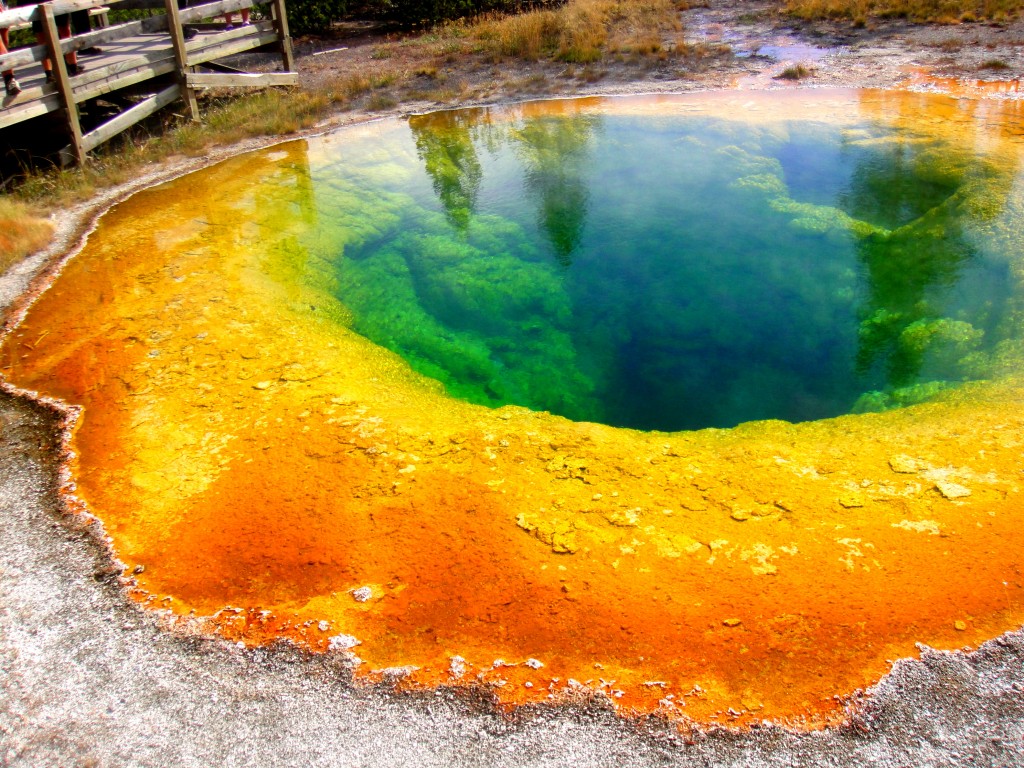 Researchers from the Montana State University found how Yellowstone National Park’s hot springs really looked like nearly 75 years ago, before they got polluted with make-a-wish coins and debris coming from tourists. It seems that the hot springs Morning Glory pool initially had a deep blue color, instead of the orangey green tint it displays nowadays.

Scientists said that they got these results by using a simple computer model built from the data gathered on the pools by high altitude cameras on bright sunny days. The one-dimensional model shows how light reflects on the hot springs’ surface due to microbial mats accumulated in the water.

What we were able to show is that you really don’t have to get terribly complex – you can explain some very beautiful things with relatively simple models,”

Researchers said that they started the study just for fun, but they were able to gather important information about microbial life evolution within the pools that might interest biology experts.

Using a computer, Montana scientists simulated all the colors the Morning Glory pool had 120 years ago. Since the ’40 the original deep blue color started slowly to change as more and more tourists visited the park and threw coins into the Yellowstone’s hot spring pool.

Before the 1940s, researchers say that the water was a lot hotter than today, but the sediments of make-a-wish coins, rocks and trash partially blocked the underwater vent that keeps warmth coming from underneath. A changing in water temperature led to a change in microbial mats and thus a different color of the pool we see today.

There are people at my university who are world experts in the biological side of what’s going on in the pools. They’re looking for ways to monitor changes in the biology – when the biology changes, that causes color changes – so we’re actually looking at possibilities of collaborating in the future,”

Scientists explained that the biggest volcano in the world is hidden underneath Yellowstone National Park. However, that volcano doesn’t look like regular volcanoes with a cone and a hole. Instead, the volcanic crater lies beneath a maze of hot gases and water fueling the park’s system of hot pools. It is said that if the Yellowstone volcano ever erupted, much of the U.S. would be covered in ash.

The findings and computer model were published Friday in the journal “Applied Optics”.