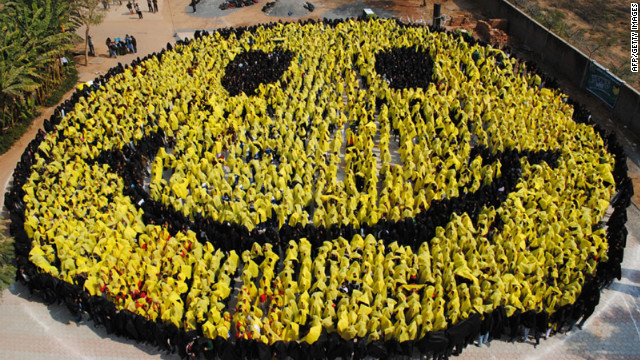 Old age doesn’t have everything to do with dying, researchers believe. A recent study conducted by British scientists suggests that feeling younger makes you die later, as perceived age seemed to be a tremendous positive for folks who felt at least three years younger.

The team of researchers conducted their study at the University College of London and analyzed whether there was a difference between people who had different perceptions about their age. A number of 6,489 men and women were included in the study, with an average age of 65.8. Researchers then divided the subjects into two groups based on the ages they believed to be closer to. On average, participants in the study felt their age closer to 56.8. It seems, researchers say, that when feeling at least three years younger, things change significantly.

What researchers then attempted to exclude were other causes that might intervene in perceived age: so they began searching for depression, chronic health issues, mobility difficulties and mental health among the over 6,000 people included in the study. They found that the results were still valid even after accounting for all these things.

“In our study, we found that those people who felt older than they are, were less likely to survive,”

Andrew Steptoe, who was among the study authors, declared.

Subjects were followed for over eight years and scientists discovered that those feeling younger than their actual age had a far higher likelihood of surviving as opposed to their older-feeling counterparts in the next eight years.

What the study couldn’t explain, however, was the relationship between perceived ages and mortality. James Maddux, a professor with the George Manson University in Fairfax, believes that optimism is the key to these findings. According to him, optimistic people live healthier lives because of believing in their capability of correct nourishment, exercising and stress management.

So even if optimism isn’t usually your thing, Maddux added, it does throw something particular in the mix. And since optimism can be learned, even the worst of pessimists could give this a try.