You are here: Home / Archives for feeling younger makes you die later 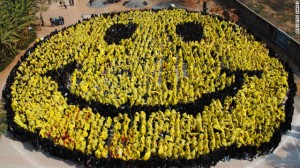 Old age doesn’t have everything to do with dying, researchers believe. A recent study conducted by British scientists suggests that feeling younger makes you die later, as perceived age seemed to be a tremendous positive for folks who felt at least three years younger. The team of researchers conducted their study at the University College of London and analyzed whether there was a difference … END_OF_DOCUMENT_TOKEN_TO_BE_REPLACED