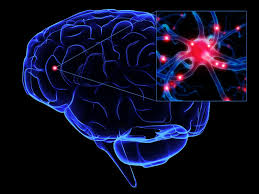 A recent study suggests that there is a connection between angiotensin-converting enzyme inhibitor use and a lower risk of developing amyotrophic lateral sclerosis.

This type of antihypertensive medication is widely used in the treatment of cardiovascular disease. Researchers compared 729 people diagnosed with ALS to 14,580 people without the condition and concluded that individuals who had developed ALS had a significantly smaller likelihood of having used ACE inhibitors prior to diagnosis.

Additionally, researchers noted that there was a dose-response relationship. People who received an ACE inhibitor treatment which did not exceed the cumulative exposure threshold showed a nonsignificantly reduced risk of developing the illness.

“Our study suggests that ACE inhibitor use has a potential role in the prevention of ALS,”

Lee and his team used Taiwan’s universal health insurance program to examine a large population. They used the comprehensive records of medical diagnoses and drugs dispensed to identify their study group. Researchers could analyze drug records and filled prescriptions in the years prior to ALS diagnosis (for patients with the illness) as compared to matched controls.

Apart from ACE inhibitor use, Lee and his colleagues also looked at other common medication types, such as other anti-hypertensive medication, aspirin, nonsteroidal anti-inflammatory drugs and corticosteroids.

“The findings in this total population-based case-control study revealed that long-term exposure to ACEIs was inversely associated with the risk for developing ALS. To our knowledge, the present study is the first to screen the association between ACEIs and ALS risk in a population-based study.”

Despite its size, the database had several limitations. For instance, the time of onset for the first ALS symptoms was unavailable, as was the vitamin E intake and other important ALS predictors, such as cigarette and alcohol consumption.

The study was published in JAMA Neurology.