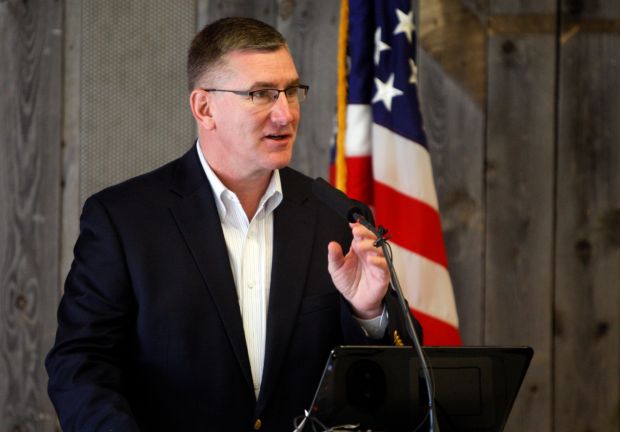 An investigation that was concluded on Friday resulted in the U.S. Army War College’s decision to revoke Democratic Sen. John Walsh’s master’s degree, as it became clear that he had plagiarized a research paper that was required to graduate.

The entire review began when the New York Times published a story that showed how Walsh had borrowed heavily for the paper he wrote in 2007. An academic review board was assigned to the probe in August, right after the story was released, and it took less than a day for the board of the Pennsylvania-based college to make its findings. However, due to a process of appeal, the entire process could be finalized on Friday.

“The board found that then Colonel John Walsh did commit the offense of plagiarism and thus his Master’s Degree and status as graduate of the U.S. Army War College should be revoked,”

According to the board’s reviews, Sen. John Walsh’s paper had been comprised of mostly verbatim liftings from other sources and, as the school’s director of communicative arts noted, Walsh had used little, if any, original language or research.

“In short, the paper was plagiarized and … the plagiarism was intentional,”

the review board said in its report.

After the results were made public, Walsh replied saying that he disagreed with the board’s findings but that he accepted their decision.

“I apologize to all Montanans for the plagiarism in my 2007 paper, and I am prepared to live with its consequences. I may not be a scholar, but I am proud to have been a soldier who has served Montana and this great nation for 33 years in uniform.”

the senator said in his statement.

After the report about plagiarism, Walsh dropped out of the Nov 4. Senate race, however, he maintained the Senate seat he was appointed to as Max Baucus decided to become ambassador to China.

In the meantime, Montana Democrats have already chosen another candidate, Amanda Curtis, in hopes of defeating U.S. Rep. Steve Daines. During the November elections, Republicans need to gain at least six seats in order to ensure Senate control, and Montana is one of the prime targets as the seat has been in Democratic hands for over a century.

Walsh attempted to appeal the board’s decision on Oct. 6th, however, War College Commandant Major Gen. William Rapp rejected his appeal. In fact, among those supporting the Senator was former Gov. Brian Schweitzer, who had appointed Walsh adjutant general. He wrote a letter of support to the review board, urging them to judge him on his lifetime of leadership and his rise through the National Guard and service in Iraq.

“That was the John Walsh I selected, not the John Walsh that was a literary scholar or a person who understood the nuances of grammar and putting things in quotations,”