You are here: Home / Health / Virus-Related Paralysis in Kids Being Investigated by CDC Experts 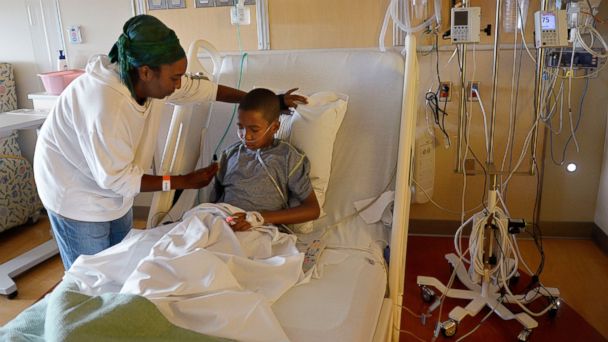 According to a statement made on Monday by state health officials, the Centers for Disease Control and Prevention has been investigating at least 10 cases of virus-related paralysis in children who had tested positive for a respiratory virus. All ten cases were diagnosed in Colorado and presented with limb weakness and paralysis.

After testing the 10 children, the CDC concluded that four of them had tested positive for Enterovirus D68 (EV-D68), the agent that has caused severe respiratory infections in over 40 U.S. states. The Centers for Disease Control and Prevention has confirmed a total of 277 cases infected with the EV-D68 since mid-August.

Dr. Larry Wolk, chief medical officer at the Colorado Department of Public Health and Environment told reporters that other children are still awaiting test results, while some had already been ruled out for the Enterovirus D68 infection. He explained that all children who had been recently treated and experienced limb weakness had also been diagnosed with a form of enteroviros or rhinovirus. These two classes of viruses are the lead causes of respiratory tract infections worldwide.

“Just because it’s not specific for D68 doesn’t mean it’s not another, similar virus. There is a very high number of kids who have viral respiratory illness this time of year, [and the limb paralysis is] a rare complication of all of these viruses.”

he said during a statement.

While investigating the Colorado cases, the CDC is also inquiring if there have been similar cases in other U.S. states.

According to Dr. Wolk, the Enteroviros D68 isn’t causing these complications in and of itself. Another common denominator has to be linking all the cases together and the CDC must find it as soon as possible.

Other similarities between the children who have experienced these complications are their age (neither of them is over 21) and the fact that they all live in the Denver area. Their Magnetic Resonance Imaging (MRI) scans show clear lesions in the spinal columns of all 10 patients, causing anything from limb weakness to total limb paralysis.

The Centers for Disease Control and Prevention will focus on patients who develop severe respiratory illnesses. They will be testing these patients presenting with serious symptoms, although much milder infections may occur.

The Enterovirus D68 belongs to the over 100 non-polio enteroviruses. This group cause anywhere between 10 million to 15 million respiratory tract infections in the United States yearly.