You are here: Home / Uncategorized / American Intelligence Claims to Have Identified Militant in Beheading Videos 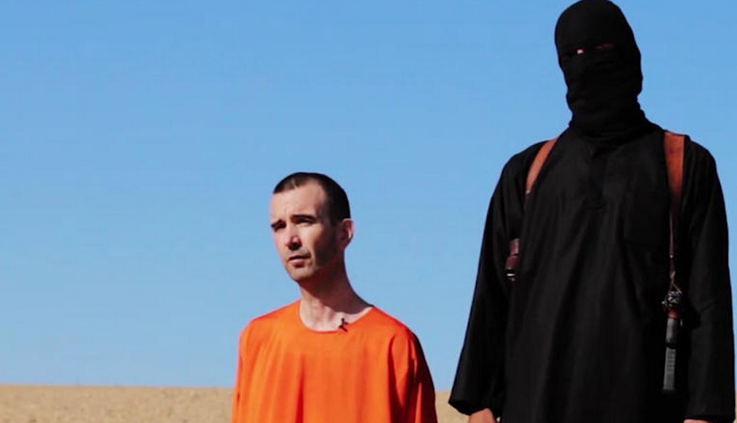 According to American Intelligence agencies, the militant in the beheading videos posted on propaganda websites by Islamic State militants, was identified. The fighter appears in two different videotapes where U.S. journalists are beheaded by ISIS.

F.B.I. director, James B. Comey, made this information public, declining however to name the man in the video. In the meantime, agents from United States and British intelligence agencies were already on the man’s tail.

Voice recognition technology, as well as overhead imagery and records of Western fighters suspected of having joined the Islamic State were used to ensure the identification of the suspect. The killer appeared in a first video over a month ago, when American journalist James Foley was beheaded. About two weeks later, Steven J. Sotloff, another U.S. reporter was brutally beheaded in a video where the same man appeared.

While the initial suspicion involved a black rapper who British intelligence believed to have been a secret ISIS fighter that had flown to Syria to take part in the war, authorities have now accepted that the theory had been wrong.

Several sanctions against Islamic State members have been announced by the United States on Wednesday. Salim Benghalem, for instance, a fighter known to carry out executions on behalf of the ISIS group. As Benghalem had originated from France, authorities had to find another lead to fit the killer’s profile.

The man in the video appeared to have a North-American English accent and was identified by authorities to have also appeared in a third video called Flames of War. In this video, the masked man begins speaking in fluent English while several men appear in the background and deal a mass grave. Later in the video, the same men appear to be shot from behind by militants.

In both beheading videos, the mask killer taunts president Obama, claiming that the beheadings represent a form of revenge on the group’s part for the bombings that took place against the Islamic State.

Additionally, both beheadings seem to occur in the same location, as the same hills are visible in the background of both videos.

Authorities focused on a British man after analyzing the two videos and noticing that the Islamic State fighter that spoke in both videos had a British accent.

During his speech in front of the United Nations General Assembly, president Obama noted that the beheadings of the two U.S. journalist and one British reporter.

In the most horrific crimes imaginable, innocent human beings have been beheaded, with videos of the atrocity distributed to shock the conscience of the world,”