You are here: Home / Uncategorized / HIV Diagnosis Goes Down by a Third, but Increases for Gay & Bisexual Men

Medical researchers working on HIV cases have confirmed, mostly, good news for their patients on Saturday. Apparently HIV infections diagnoses in the U.S. have gone down by one-third in the past decade. This means that the AIDS epidemic might be showing signs of slowing down in the country. Patrick Sullivan, an Emory University AIDS researcher who was not involved in the study claims that this is encouraging. The study began in 2002, when doctors were diagnosing approximately 24 out of 100.000 patients with HIV. In 2011, the rate of diagnostics went down to 16 out of 100.000. 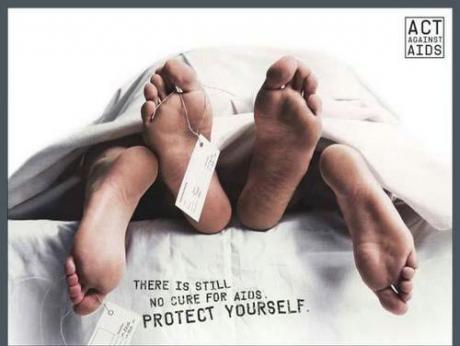 BBC claims that the study holds true for men, women, whites, Hispanics, heterosexuals, injection drug users, blacks and most age groups. Sadly, the groups of people who have showed an increase in HIV cases are homosexual and bisexual men with ages between 13 and 24, and those over 45.

Scientists want to point out that a drop in diagnoses does not mean a drop in HIV cases. What might be happening right now is that patients who are already carrying the virus have been identified, and this means that only new cases are being diagnosed. In other words, people are still being infected with HIV but some of them have been diagnosed before the study began. Studies also show that the overall percentage of adults tested for HIV increased from 37% in 2000, to 45% in 2010. Of course, a drop in HIV diagnostics may mean that fewer people are being infected to begin with. However, scientists have no way of proving if this is true.

There is also a theory regarding higher rates for homosexual and bisexual men. The experts working on the study are positive that these rates are due to less condom use among men. Mentalities have changed, and most men no longer remember the ravages that the HIV epidemic caused three decades ago. Back then, having HIV usually meant a death sentence.

Most bisexual and gay men are unaware of the risks of unprotected sex. Specialists also say that an estimated 16% of HIV positive Americans don’t know they are carrying the virus. In a population where HIV infection is high, safe sex is imperative, even if HIV can be kept under control.

The major issue that should be addressed here is educating the masses. This means that HIV-prevention programs should discuss problems such as frequent testing, better awareness and sterile-needle distribution. The findings of this study have helped public-health advocates better concentrate their efforts. They know that awareness programs are a must.

So, what have we learned today? In order to have amazing sex, we must always make sure to use a condom.