You are here: Home / Health / Third case of deadly MERS virus reported in US

A third case of a little known illness of MERS virus that first emerged in Saudi Arabia in 2012, has been reported in the US and it repeatedly underlines how little we know about this disease.

The latest case was first reported on Saturday of an Illinois man. After the blood test it was confirmed that he had been infected with the MERS virus and he had contracted the virus from an infected Indiana man.

Everyone who came in contact with the Illinois man has been tested by CDC teams and so far no sign of active infection is found. 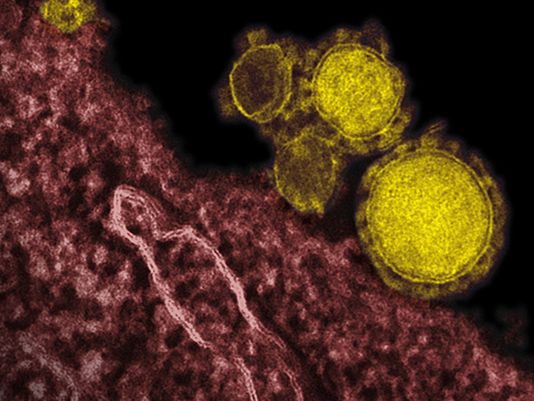 From this it was concluded by Leonard Krilov, chief of pediatric infectious diseases at Winthrop University Hospital in Mineola, N.Y. that the infection cannot be easily communicated.

Research at the Center for Infectious Disease Research and Policy at the University of Minnesota appears to show that some individuals can transmit the virus more easily than others.

According to Michael Osterholm, who directs the center, an individual’s chance of transmitting is probably fairly low, but no information on  what makes a person more likely to transmit the virus is known right now.

According to the World Health Organization, the cases of MERS are mostly observed in the Middle East and its first case showed up in Saudi Arabia in 2012. As of May 9, 536 confirmed cases of the disease have been reported worldwide and according to WHO about 27% of those infected with the virus die.

The first confirmed case of MERS in a U.S. resident came on April 27. An Indiana man who had been working in Saudi Arabia flew home and was admitted to a local hospital. Lab tests confirmed he had MERS. He has since fully recovered. The second U.S. case was a Saudi Arabian health care worker who was traveling to the United States and fell ill in Orlando on May 9 but has since recovered.

According to Swerdlow the virus in the Middle East appears to originate in animals, especially camels but it is not known about the proportion of people who have had contact with camels, and what other animals could be reservoirs.