Ohio mom Sarah Thistlewhistle received a special present from the almighty on Mother’s Day, when her rare identical twins were born healthy and holding hands on Friday. The hospital further clarified that they were not born holding hands, they grabbed each other.

Sarah Thistlewaite’s daughters, Jenna and Jillian, had the rare condition of being monoamniotic, or “mono mono” identical twins, which means the fetuses share an amniotic sac and were in near-constant contact during the whole course of the pregnancy. 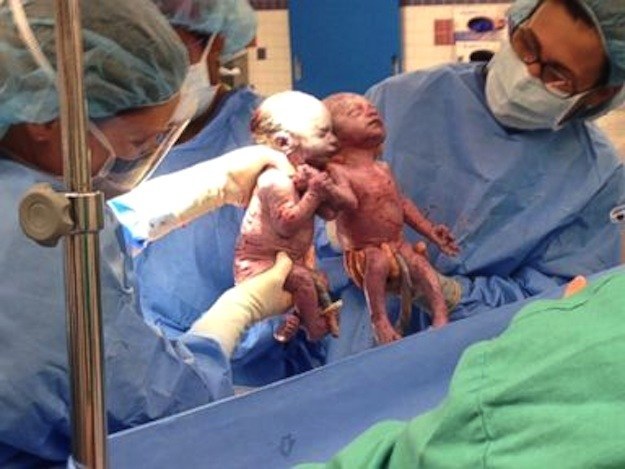 This rare condition occurs in about 0.3% of births.

The babies were delivered at Akron General Medical Center in Akron, Ohio, on Friday. The girls were born healthy at 33 weeks, but will remain in the hospital for monitoring for up to a month. 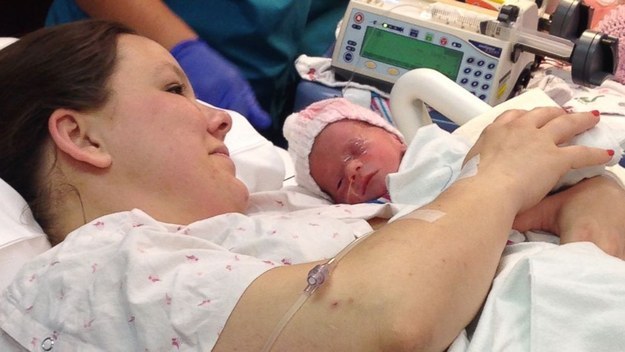 Thistlewhistle, who has a 15-month-old son, was on bed rest at the Medical Center for nearly two months, where doctors continuously monitored the babies’ health, as mono mono siblings can often become entwined in each other’s umbilical cords.

“They hook you up to heart rate monitors to watch for heart deceleration or variables,” Thistlewaite said. “That’s what they look for the whole time. I got ultrasounds every other week.”

“I didn’t think they would come out and instantly holding hands,” said the twins’ mother. “It was overwhelming. I can’t even put into words. There wasn’t a dry eye in the whole OR.”

A Caesarian section was planned because if the twins grew too large, they would be at greater threat for entanglement.

Although the girls were born healthy, Thistlewaite said Saturday that they had some breathing problems, so they are currently under observation in the hospital’s neonatal unit.