You are here: Home / Archives for WhatsApp milestone 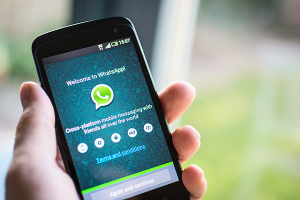 In the intense industry of messaging apps, WhatsApp is keen to prove that it’s more valuable and more profitable than others. In a move meant to promote its additional features, the Facebook-owned company has just released some impressive numbers regarding its calling function. Launched merely over a year ago, the function is now being used to make more than 100 million calls every day – … END_OF_DOCUMENT_TOKEN_TO_BE_REPLACED