You are here: Home / Archives for water births 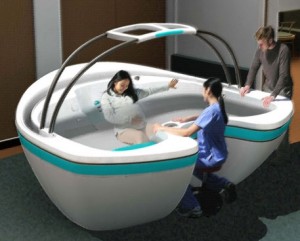 A new study has exposed some of the myths of water births. There is a general belief that the water can alleviate and shorten the pains of labor when undergoing natural births. A new report conducted by the American Academy of Pediatrics (AAP) Committee on Fetus and Newborn and the American College of Obstetricians and Gynecologists (ACOG) has found that water births are dangerous for both the … END_OF_DOCUMENT_TOKEN_TO_BE_REPLACED