A new study has exposed some of the myths of water births. There is a general belief that the water can alleviate and shorten the pains of labor when undergoing natural births.

A new report conducted by the American Academy of Pediatrics (AAP) Committee on Fetus and Newborn and the American College of Obstetricians and Gynecologists (ACOG) has found that water births are dangerous for both the mother and newborn. 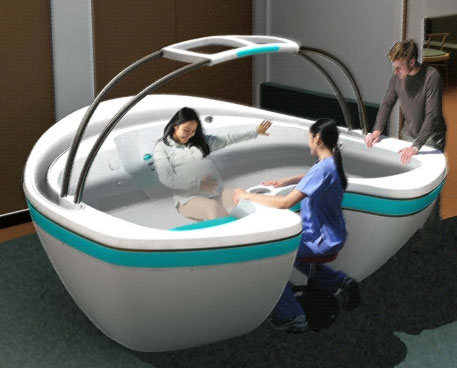 It was found that women (who were in their early stage of labor) had a relaxed experience while sitting in a tub of water. This phase was also tied to fewer epidurals and other anesthesia use, as well as a shorter labor.

The researchers say, when the women went from early stage to the late stage of labor, the researchers discovered that giving birth while immersed in water did not reduce the number of perineal trauma or tears. Moreover, it had no effect on women’s likelihood of requiring assisted vaginal deliveries or Cesarean sections.

The more concerning thing is that water births were found to have an increased risk of infections. Researchers say, when a newborn is born underwater, the baby’s ability to regulate his/her body temperature becomes jeopardized. Moreover, if the umbilical cord breaks apart unexpectedly, it could lead to hemorrhaging and shock. In the rare situation, the baby could end up drowning.

The report was published in the Pediatrics.