You are here: Home / Archives for the UK’s Department of Energy and Climate Change 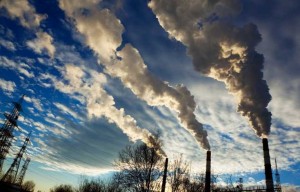 On Wednesday, a panel of experts backed by the British government announced that all humans can lead a good lifestyle and still be able to tackle climate change by 2050 if they agree on following several steps The experts based their statement on an online app called the ‘global calculator,’ which was also released Wednesday. According to the app, a balance between improved living standards for … END_OF_DOCUMENT_TOKEN_TO_BE_REPLACED