You are here: Home / Archives for Pavlof Volcano Eruption 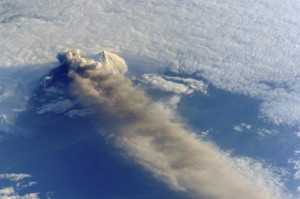 Alert was sounded on Monday in nearby areas of Alaska’s Pavlof Volcano from “Watch” to “Warning.” The alert has made sounded following indications that a low-level eruption of one of the state’s most active volcanoes may be intensifying. The pilots have reportedly seen an ash plume that reached more than 22,000 feet high in the last 24 hours, according to a recent update from the Alaska … END_OF_DOCUMENT_TOKEN_TO_BE_REPLACED