Alert was sounded on Monday in nearby areas of Alaska’s Pavlof Volcano from “Watch” to “Warning.”

The alert has made sounded following indications that a low-level eruption of one of the state’s most active volcanoes may be intensifying.

The pilots have reportedly seen an ash plume that reached more than 22,000 feet high in the last 24 hours, according to a recent update from the Alaska Volcano Observatory.

According to the officials, satellite imagery has showed that the cloud of smoke stretched for about 80 kilometers (49.7 miles) to the east of the mountain peak. Satellite images suggests a low-level steam plume and a gas and ash plume drifting north at 7,000 to 8,000 feet above sea level. 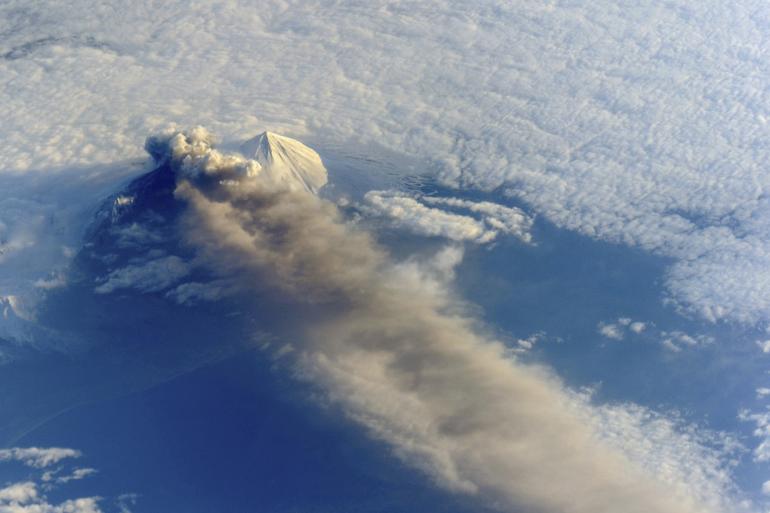 “The low-level eruption of Pavlof has escalated,” officials announced.

The eruption began over the weekend on Saturday.

The scientists recorded elevated surface temperatures at the summit of the volcano.

The 8,262-foot Pavlof Volcano, located 625 miles southwest of Anchorage on the Alaska Peninsula, is one of Alaska’s most active volcanoes. Dozens of eruptions have occurred at Pavlof since 1980.

There are no reports of flight cancelations at this time.