You are here: Home / Archives for leopard frog 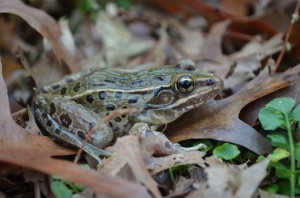 An article published in PLOS Biology three years ago stated that there are approximately 8.7 million species on Earth. Taking into account the species catalogued by now, the number would mean that around 86 to 91 percent of all the terrestrial and marine species are unknown. Little wonder then that a new leopard frog species has been discovered in New York City. Thirty years have passed since … END_OF_DOCUMENT_TOKEN_TO_BE_REPLACED