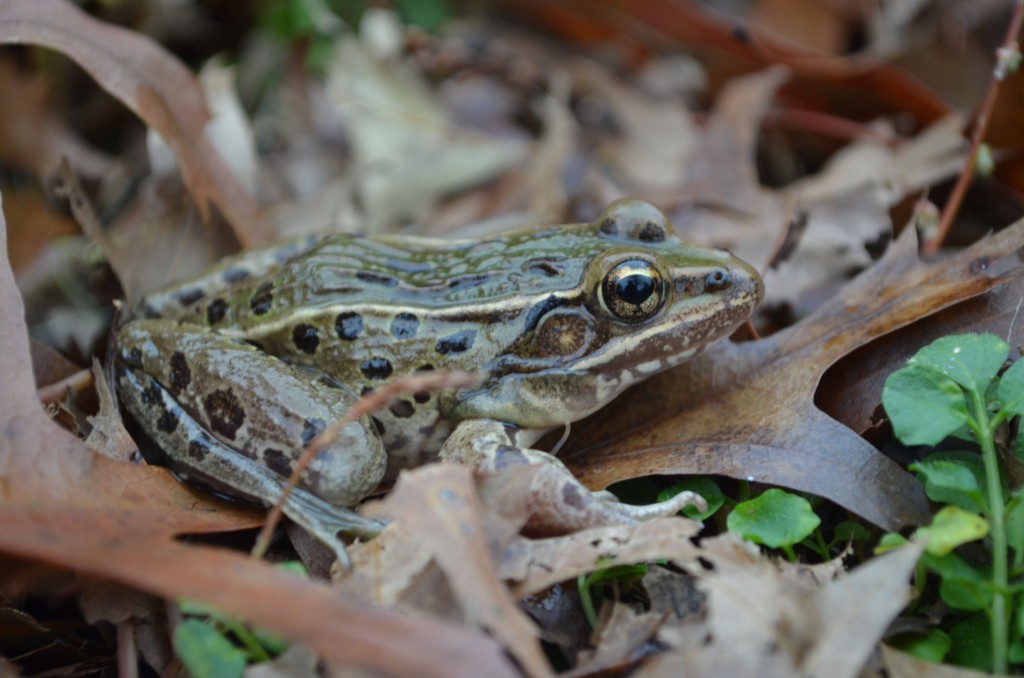 An article published in PLOS Biology three years ago stated that there are approximately 8.7 million species on Earth. Taking into account the species catalogued by now, the number would mean that around 86 to 91 percent of all the terrestrial and marine species are unknown.

The new frog was spotted thanks to the fine hearing of Jeremy Feinberg, a doctoral student at Rutgers University. The frog is very similar to other species. However, its distinct tune gave it away. Feinberg noticed the frog during a field site visit in Staten Island.

Another researcher noticed the frog years ago, but his claim has not been taken into consideration. Carl Kauffeld, a former Staten Island Zoo director and an amphibian specialist, announced the discovery of a new species in the 1930s. But only few of his colleagues backed him up on that one. Feinberg decided to name the new species after its initial discoverer. Scientifically, the species will be called Rana kauffeldi, but it will be commonly referred as he Atlantic Coast Leopard Frog. Now there are 19 leopard frog species in the world.

“Even though he was clearly on to something, the claim Carl Kauffeld made in his 1937 paper fell short,” said Rutgers doctoral candidate Jeremy Feinberg. “We had the benefits of genetic testing and bioacoustic analysis that simply weren’t available to Kauffeld to prove that even though this frog might look like the two other leopard frogs in the area, it was actually a third and completely separate species.”

The frog needs larger wetland areas, so you can’t find it in Central Park, Fenberg clarifies. Unfortunately, the dependence on larger habitats will make the frog vulnerable. Urban sprawl can easily wipe out the species. Scientists struggle to classify new species as fast as they can, but they often can’t keep up with the growing extinction rate.

“If there is a single lesson to take from this study, it’s that those who love nature and want to conserve it need to shut down their computers, get outside and study the plants and animals in their own backyards,” said co-author Brad Shaffer, professor in UCLA’s Department of Ecology and Evolutionary Biology