You are here: Home / Archives for Jupiter moons 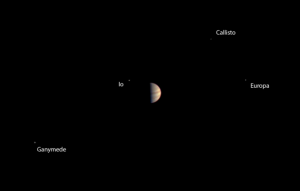 On July 4, NASA’s Juno probe finally reached Jupiter after a 1.8 billion-mile trip, but this week NASA confirmed that its JunoCam is fully operational and has just taken a first picture of the gas giant since the mission started 5 years ago. First high-resolution pictures will be taken and made public within several weeks. The probe’s camera was turned on about a week after it entered the gas … END_OF_DOCUMENT_TOKEN_TO_BE_REPLACED