You are here: Home / Archives for crash site 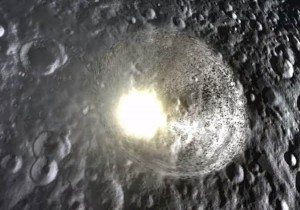 Earlier in 2014, after completing its mission, the NASA LADEE moon orbiter was intentionally crashed into the lunar surface. Now, several months later, the NASA Lunar Reconnaissance Orbiter was sent to take photographs of the LADEE probe final resting place, on the moon’s far side. A small crater is all that remains. The Lunar Atmosphere and Dust Environment Explorer, LADEE, was launched in … END_OF_DOCUMENT_TOKEN_TO_BE_REPLACED