You are here: Home / Archives for Cheetah 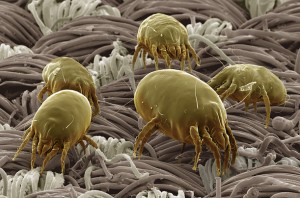 A new study has found that mites, which are smaller than sesame seed, are the fastest animal on land. According to the researchers, it can run up to 322 body lengths per second. The creature is native to South California which was discovered in 1916. The researchers have very little information about its habitat or food habits. The researchers said that the mites were good at stopping and … END_OF_DOCUMENT_TOKEN_TO_BE_REPLACED