You are here: Home / Health / You Can Get Food Poisoning from Your Kitchen Towel (Study) 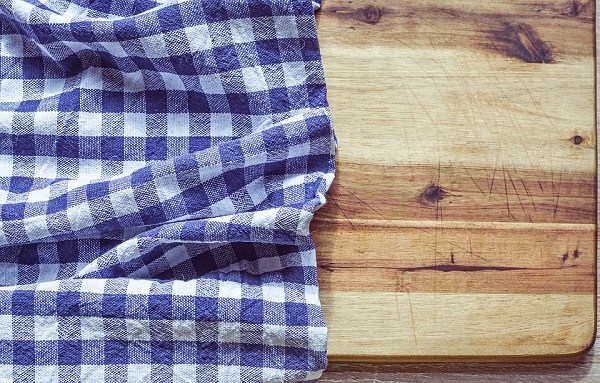 The research team at the University of Mauritius in Moka, Mauritius, found harmful levels of bad bacteria on nearly half of the towels. One-third of the kitchen towels tested positive for a subspecies from the E. Coli’s family, the coliforms.

The largest concentrations of harmful bacteria were found in the kitchen towels of larger families and those having a low socio-economic status.

Our study demonstrates that the family composition and hygienic practices in the kitchen affected the microbial load of kitchen towels,

noted Susheela Biranjia-Hurdoyal, who is a senior researcher at the University of Mauritius.

Biranjia-Hurdoyal’s team also found that damp kitchen towels and a non-vegetarian diet can boost the risk of food poisoning. These conditions promote the buildup of harmful bacteria that can lead to food poisoning.

More concerningly, researchers found fecal contamination to affect several kitchen towels. The towels contained E. Coli due to unhygienic practices like not washing your hands after using the bathroom.

Around 37% of the towels contained coliforms, with an extra 37% containing Enterococcus bacteria. In addition, 14% of the kitchen towels tested positive for Staphylococcus aureus.

Study authors recommend the use of disposable paper towels in the kitchen, as these towels are the most hygienic option.
Image Source: MaxPixel