In a world where news headlines are filled with terrorist attacks, ordinary people like you and me can help bring some joy. And that’s exactly what Jason Haney, a construction foreman, has headed out to do.

Everyone is acquainted with the popular Where’s Waldo book, so Haney decided to entertain the kids hospitalized next door to his construction site by hiding a life-size cutout he made of the character.

In an interview with The Huffington Post, Haney said: “It’s just for the kids to get their minds off of things. I just wanted them to have fun.”

When the children staying at the Memorial Children’s Hospital in South Bend, Indiana, find Waldo, Haney looks for a new hiding spot for the large cutout. The little game has become so popular among the patients and staff alike, that a Facebook group has been created so people can post pictures of the giant Waldo when they find it. 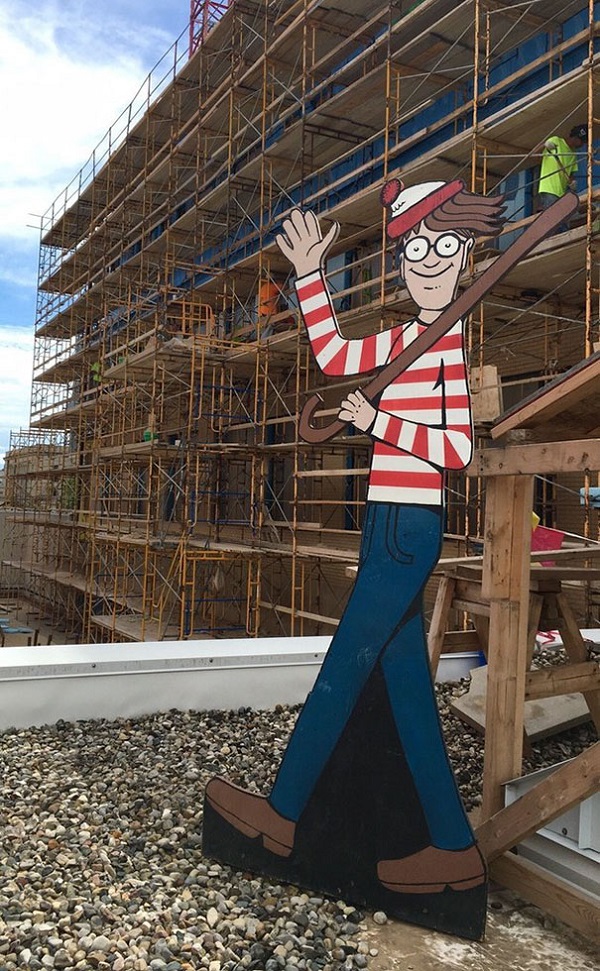 The idea for the life-sized Waldo came to Haney while he was hired to work on a $50 million expansion at the children’s hospital. His construction team heard that a snowman they had built on the site last winter was such a delight for the young patients.

Soon after, Haney placed an inflatable snowman and an inflatable Sponge Bob Square Pants big enough for the kids hospitalized inside the building to see. But then, a co-worker joked about a giant Waldo, and the idea stuck with Haney.

And he did, with the help of his teenage daughter, Taylor. When she was only 4 years old, Taylor had also spent some time in a children’s hospital due to a stroke.

Waldo – the iconic character from the children’s book – came to life on a 4-by-8 sheet of plywood. First, there was the outline and then the red and white paint that eventually turned into the Waldo we all know.

“He’s eight-feet tall and a pain in the butt to move around sometimes,” Haney explained. “He’s 50, 60 pounds and he’s awkward to carry. But it’s worth it for the kids.”